Opinion — Where will you stand 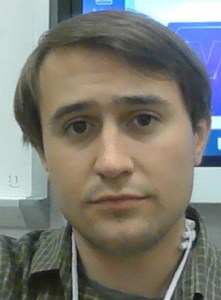 From the crimson eyesore upon the prominent hill overlooking the grand entrance of business 460 into Farmville, the casual passersby could not be faulted for assuming that the town is no more daring or progressive than its name implies. A red stain punctuated with a large blue ‘X’ that might as well read, “This isn’t a place to build a future. It’s a place to die in the past.” Imagine the inner turmoil of a prospective parent or college student from any populated area east of the town seeing that flag as a first impression. In fact, I don’t have to imagine. I have heard firsthand from one of my students who was so excited to tour the quaint little town and who now speaks of it with derision. My town. My home.

What a pity; Farmville used to be so daring.

In the early 1850s, on the cusp of being outcompeted by a rival tobacco town on the Appomattox, Farmville’s leaders managed to purchase over one hundred thousand dollars worth of stock in the Southside Railroad to convince the company to put a train through the town. This necessitated the construction of one of the largest railroad bridges in the world. Only 30 years later, the Farmville Female Seminary Association would become Longwood College — the first public institute for women’s higher learning in Virginia. When the U.S. entered World War I, Farmville answered the call, providing hundreds of servicemen, thousands of bricks, and over 50 miles of railroad tracks. And, in 1951 as the conditions of Moton High became unbearable due to systemic racism, the school’s students organized a peaceful walk-out protest sparking the chain of Supreme Court Cases that led to Brown versus the Board of Education, and bringing about an end to legal segregation in public education.

These aren’t the achievements of a town stuck in the past or a people whose minds are closed to progress. These are the achievements of a courageous community — a community that survived because of progress, and fought for what it believed in. And if it still has the courage, Farmville’s community has the potential to embrace change once again and live up to its heritage. All it takes is the right choice — the decision of who to acknowledge as upstanding, contributing members of the community and those who would rot its structural integrity through their own selfish acts of petty hatred.

At every turn, there have always been those in Farmville who would stand in the way of progress, dig in their heels, and weigh down the engine of change. It would not surprise me in the slightest if some landowners in the mid-1800s protested the railroad’s installation and insisted that the arduous transport of tobacco across the ‘vast and unclogged waters’ of the Appomattox was more than sufficient. Or that there were noses turned up at the idea of women’s education and the belittlement of women in higher academia. Those who decried the results of Sailor’s Creek, High Bridge, Farmville Depot, and Cumberland Church just prior to the inevitable surrender of the Confederacy not 30 miles away in 1865 and the reunification of the nation. And need I mention the heinous closure of all public education in the town from 1959 to 1964 in response to desegregation, the educational and economic fallout of which has not been, and cannot be, repaid?

Despite it all, Farmville has survived and grown into a bustling town of over eight thousand people, sporting two renowned institutes of higher learning, a state park, and in this author’s opinion, the best darn BLT on the East Coast (looking at you Fishin’ Pig). Farmville’s future is bright, but it isn’t guaranteed. The town stands at yet another crossroads. In one direction, the gift of our heritage — the embrace of progress and prosperity built on the backs of those brave souls who came before us. In the other, the curse of the naysayers — the rotten stamp of misinformed pride and close-minded contempt that will lead to our downfall.

The choice is ours. We know the origins of the flag and the people who fly it by name. We see them on the street, at work, and in the pews. Will we bow to the few and support their places of business, encourage their behavior, and fail to advise them of our concern in our daily conversation, or will we accept their symbol of our community upon their hill, proclaiming to all who pass our sorry surrender?

As someone who is proud to have hailed from such a courageous community, I know where I stand. How about you?

Waverly Garner was born and raised in Farmville and worked for High Bridge Trail State Park as an AmeriCorps Volunteer. He currently resides and teaches in Newport News, but visits home as often as he can. To contact him use the following email: whgarner@email.wm.edu.

Letter to the Editor — He hopes Roe v. Wade is overturned