Movie Review — Doctor Strange in the Multiverse of Madness 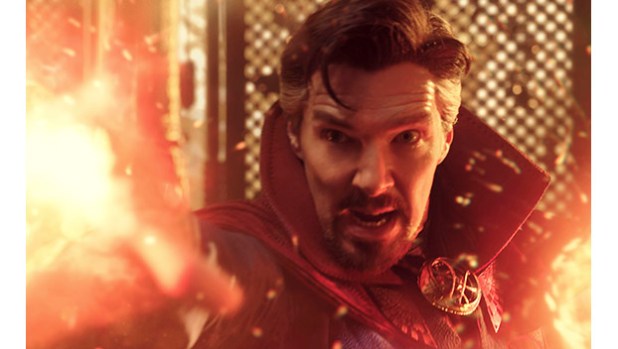 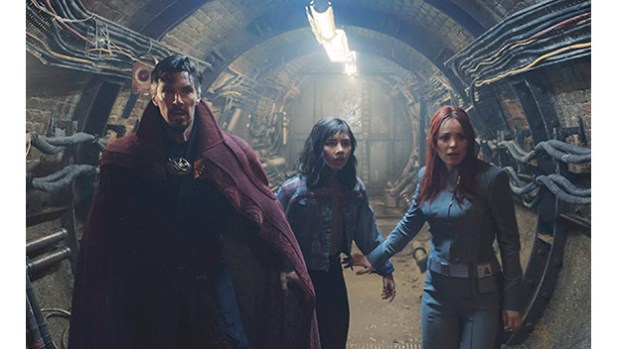 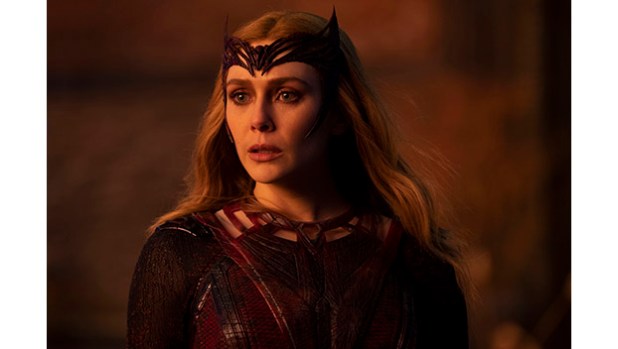 DOCTOR STRANGE IN THE MULTIVERSE OF MADNESS is without a doubt going to be polarizing for Marvel fans. Part chaotic action film, part horror film, this has director Sam Raimi’s name all over it, particularly in the creepy third act. But unfortunately, the scattered genres do not make for a completely entertaining whole, which prevents the film from really coming together in the end.

Trying to tell the plot of this movie without getting into spoilers is very difficult, so I will be brief. After the events of SPIDER-MAN: NO WAY HOME, Doctor Stephen Strange (Benedict Cumberbatch) awakes from a nightmare, where a ponytailed version of himself is attempting to capture a mystical book alongside a teenage girl named America (Xochitl Gomez). When a villain disrupts this quest, causing their plan to go awry, Strange begins to take the girl’s powers against her will so they don’t fall into the wrong hands; unfortunately (or fortunately?), he dies (aka wakes up) before he can finish the process.

Back in the real world, Strange is attending a fancy (spoilery) event, but he can’t enjoy himself for long. Shuma Gorath, an octopus-like monster, starts wreaking havoc on the city as it attempts to capture a young girl who looks surprisingly like the one from Strange’s dream. Strange realizes this girl can travel through the multiverse, but cannot yet control her powers. Clearly someone (or something) is out to capture her abilities for themselves, so he enlists his fellow Avenger pal Wanda (Elizabeth Olsen) to help keep America safe. But, as I’m sure you can imagine, the group isn’t safe for very long…

I worry that younger kids who are excited to see the typical Marvel movie may get frightened by the very, very dark tone of this film’s third act, which highlights Raimi’s propensity for horror. Without getting into spoilers, it calls on elements from Raimi’s creepy filmography, like THE EVIL DEAD and DRAG ME TO HELL, which I personally found to be a refreshing change to the traditional superhero genre, though may be a shock for those not prepared. But hey, everyone needs that movie from their childhood that gave them nightmares, right? Mine was POLTERGEIST; maybe for some kids it will be THE MULTIVERSE OF MADNESS.

Unfortunately, the film’s main problem is that the plot is uneven and is at times clunky, which just so happens to be pretty much any time Wanda is not on screen. I know I shouldn’t be rooting for Wanda, but what am I supposed to do when she continues to be the most interesting character in any Marvel film — especially this one. I have admittedly never loved the character of Doctor Strange, and that is even more apparent in THE MULTIVERSE OF MADNESS. Elizabeth Olsen is the clear star of the film, and I would say this is one of her best performances, but let’s be real, she is always at the top of her game. I loved the additional layers she unpacks with Wanda here, building off her amazing work in WANDAVISION, which you really should binge watch on Disney+ before this film. Every time there was a Strange-only scene, I would bide my time until Wanda came in to chew up the scenery. And that’s not the best scenario for a super hero film where you are supposed to be cheering on the title character.

Typically, I wouldn’t say THE MULTIVERSE OF MADNESS is a movie you should rush out to theaters to see opening weekend. However, due to the spoilery nature of the plot and some big time A-list cameos, I would suggest going as soon as possible if you are worried about that kind of thing. Make sure to stay for a very exciting mid-credit scene, and one at the very, very end, which is a callback joke from a scene in the film.