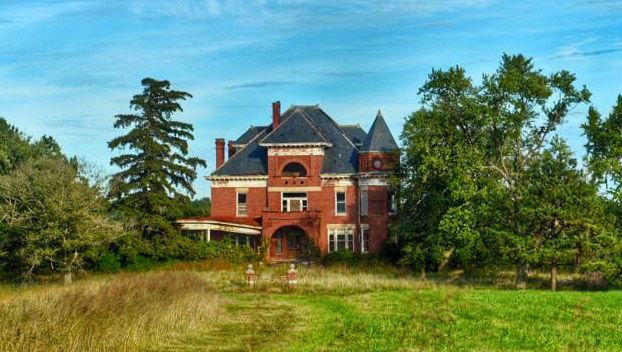 The Dunnington Mansion in Farmville made the 2022 list of Virginia’s Most Endangered Historic Places that is released by Preservation Virginia.

Each May, during the National Historic Preservation Month, Preservation Virginia releases a list of historic places across the Commonwealth that face imminent or sustained threats in an effort to encourage individual organizations, and local and state government to advocate for and find solutions for their preservation.

“This year’s list reflects the resilience of the Commonwealth’s many historic places that have persisted for generations in support of their communities,” said Preservation Virginia CEO Elizabeth S. Kostelny. “The dedication of organizations, local governments, and individuals currently working to preserve these places reflects the very nature of the historic preservation movement- the ability to adapt to challenges and retain relevance in an ever-changing world.”

Eleven historic sites facing insensitive development or neglect were named to this year’s list, including the Dunnington Mansion in Farmville. “Completed in the late 19th century, this Romanesque Revival style mansion with ornate woodwork has sat vacant for over 20 years and is in need of new owners with resources to preserve the mansion and its associated history,” a release from Preservation Virginia noted.

The Dunnington Mansion and the surrounding land are a part of what was once known as the historic Poplar Hill Farm, originally a 1,100-acre estate owned by deceased tobacco tycoon Walter Grey Dunnington.

Dunnington reconstructed and expanded the original property’s farmhouse, erected in the late 1700s, into what was later known as The Poplar Manor in 1897. The towering 8,500-square-foot mansion, located now at the southern portion of the property, eventually fell into disrepair. However, its impressive architecture and mysterious aura have made it a popular site among those fascinated with historic/abandoned buildings, including Michelle Bowers, creator and owner of “Old House Life,” a website that showcases similar structures.

As previously reported in The Herald Bowers has written multiple blog posts regarding the Dunnington Mansion, which she describes as one of her personal favorite historic homes in the commonwealth.

“Even in its state of ruin it is still an amazingly beautiful home,” she wrote in an article dated March 2, 2019. “When you drive up to it, it will literally take your breath away.”

In reference to the mansion Associate Director of Preservation Field Services Sonja Ingram with Preservation Virginia said the house has unfortunately been vacant and neglected for a long time. It was sold to an investment group that wants to sell the house to an appropriate buyer — one with the resources to preserve the house. “The current owners have done some immediate stabilization work to the floors and parts of the roof, and boarded up the windows and doors to keep the weather and vandals out. We hope that advertisement and recognition of the house through the Most Endangered Historic Places listing will help spread the word that the house is for sale, and peak the interest of the right individual or organization to obtain and preserve it, and raise awareness on its history.”

Ingram feels there are many people, local and non-local who love the Dunnington Mansion and want to see it preserved. One way they can show support is by contacting the Dunnington Mansion Foundation at https://dunningtonmansion.org/. The Dunnington Mansion Foundation is a nonprofit established a couple of years ago by a group of committed people who are working to preserve the mansion and its history. You can show your support by sending them a message stating your support, which they can then convey to the current owners, or you can donate toward saving the mansion through the nonprofit’s website. Also reaching out to local officials to let them know of your support for preserving the house, is another good idea. She noted that donations are tax deductible.