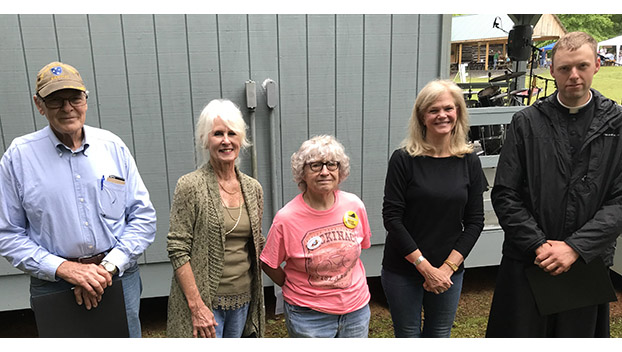 “We are so impressed with the nearly 100 individuals who collected and filled 240 large bags of litter from along our roadways in Buckingham,” said Board Chairman and Maysville District Supervisor Thomas Jordan Miles III, who spearheaded the initiation of the Task Force. “We have some of the best and most community-minded people in the Commonwealth living here, and this is evidence of that. Litter along our roadways is a major issue and we are tackling it head on.”

First place went to Team 602, led by Maggie Snoddy, which saw more than 35 volunteers who worked to clean up Buckingham’s roadways. They picked up 88 bags along Howardsville Road.

“I would like to thank all the wonderful participants who worked so hard the past two years in helping to keep our county and roads litter free,” said District Three Supervisor Don Matthews, who serves with Miles on the Task Force. Matthews also spearheaded the effort to revive the Task Force. “Thanks to all for a great job.”

Second place went to St. Thomas Aquinas Seminary, organized by Bro. George Dean, which had 14 participants picking up 37 bags along The Barn Road and Ranson Road.

Third place went to the Buckingham County Democratic Committee, also organized by Snoddy, picking up 30 bags of trash with 11 participants in their individual neighborhoods.

This year, a total of 12 applications were submitted, and nearly 100 people picked up litter.