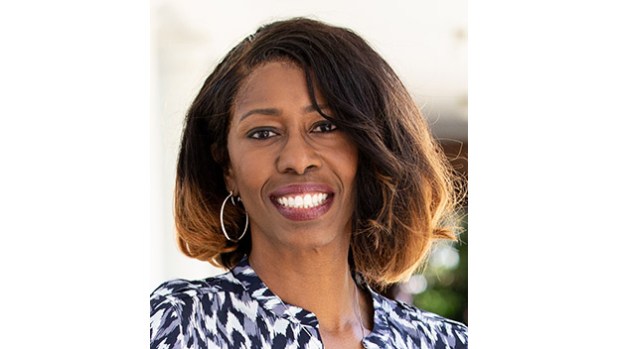 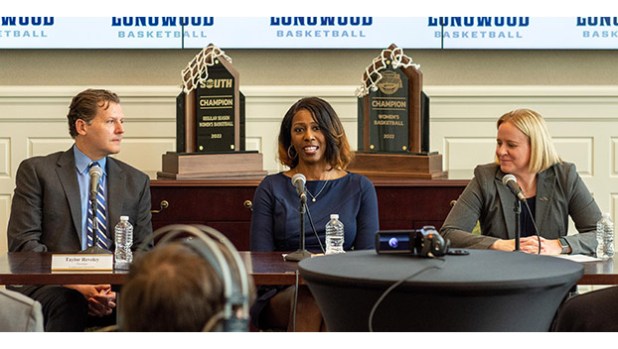 Erika Lang-Montgomery has been successful at every stop in her career: as a player in the Southeastern Conference, in a decade as a Division II head coach, and as a Division I assistant at multiple Power Five programs – most recently the University of Florida, where she helped lead a program that surged to a Top 15 ranking last season and the NCAA Tournament.

She’s also won high praise at every step along the way as a leader and mentor to student-athletes, and a dedicated community member.

Now, Lang-Montgomery’s new home is Farmville, where she’ll be introduced Friday as the next head coach for a Longwood women’s program looking to defend its first Big South championship and first NCAA Tournament appearance last season, while preparing to move into a new on-campus arena in 2023-24.

“I am thrilled to welcome Erika Lang-Montgomery to Longwood as our Head Women’s Basketball Coach,” Athletics Director Michelle Meadows said. “At each stage of the search, Erika stood out as a high-character, passionate leader and educator with a depth of experience and a fierce competitiveness that is a perfect fit for our program. I am confident she will build on the successful foundation of this program and be an incredible addition to our community. The future continues to be bright for the Longwood women’s basketball program.”

“I am grateful and humbled by this incredible opportunity to be named the next Head Women’s Basketball Coach at Longwood University,” said Lang-Montgomery. “Upon my first conversations with Michelle, I felt that Longwood was a program on the rise, and I knew I wanted to be a part of their culture. There are special people here at Longwood, and I am excited to continue to build upon the championship culture that already exists here. My family and I are looking forward to joining the Farmville community.”

During her nearly three-decade coaching career, Lang-Montgomery has been to the NCAA Tournament with three different teams. In 2019 she was Peach Belt Conference Coach of the Year at Flagler College, where she led the program 10 seasons before returning to her alma mater, Florida, as an assistant for the last four seasons. Previously she served as an assistant at programs including Wisconsin, Southern California, Florida State and Purdue.

While in Gainesville, she was a key leader who helped engineer a major turnaround for the Gators. Florida qualified for back-to-back postseason trips the past two seasons, including a berth in the NCAA Tournament this past season. In addition, the team was ranked as high as 15th in national polls last year and finished 21-11 overall and 10-6 in the Southeastern Conference. The Gators beat five top-25 teams during the season.

That trip to the NCAA National Tournament came on the heels of a trip to the WNIT, the team’s first postseason berth since 2016.

“Longwood University has hired an outstanding leader, elite basketball coach and person of high character in Erika,” said Florida head coach Kelly Rae Finley. “She has coached at every level, where she has found success in wins, both on and off the court. Her ability to mentor and guide those around her will positively impact the people in her program, the university and the community of Farmville. Though we will miss her, Gator Nation is extremely proud of Erika, and we wish her the best!”

She went to her alma mater following 10 years as the head coach at Flagler College at the Division II level. She is the program’s all-time winningest coach and delivered its first 20-win season in the team’s Division II history and best record since 1977. She went 39-17 in her final two seasons at Flagler.

Lang-Montgomery was named the Peach Belt Conference Coach of the Year in 2019 after her team went 21-8, and the names of her players dot the Flagler record books, as she coached both the program’s single-season scoring leader and rebounding leader.

“This is a big-time hire for Longwood!” said Flagler athletic director Jud Damon. “Erika has an incredible coaching background, and, as good of a coach as she is, she is an even more amazing human being. At Flagler, Erika had an enormous positive impact on the culture of our athletics program, on the lives of the many student-athletes who played for her, and on our entire community. I have no doubt she will do the same at Longwood!”

Lang-Montgomery’s coaching career began at Purdue University following a four-year playing career at Florida that saw her named to the All-SEC Freshman Team. In her first season, she helped the Boilermakers qualify for the NCAA Tournament.

That start jumpstarted her career that has seen her coach across the nation, with stops at Florida State, the University of Southern California, Wisconsin, Wichita State and North Texas.

Among the highlights in those stops, she helped Wisconsin reach the highest ranking in school history, as the Badgers were ranked No. 5 in The Associated Press poll and No. 7 in the USA Today/WBCA Coaches’ Poll in the 2001-02 season.

Now, Lang-Montgomery will take over a Longwood team that is coming off a historic season of program firsts. The Lancers won a share of the Big South regular season title before bulldozing their way to the conference tournament crown with three resounding wins. Both the regular season and tournament title represented program-firsts and paved the way to an NCAA Tournament berth.

The Lancers also earned their first NCAA Tournament win, defeating Mount St. Mary’s in the First Four before matching up with No. 1 seed N.C. State. The team finished 22-12 overall and 15-3 in the Big South, both program bests in the Division I era. Longwood won 10 straight games prior to the tournament game against N.C. State and 15 of its last 17.

Lang-Montgomery and her husband Larry have two sons, Jaden and Justin.