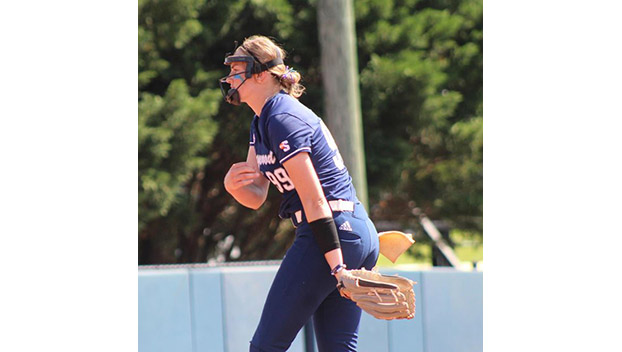 Campbell claimed the 2022 Big South Championship title in softball for the second straight season with a 8-4 victory over Longwood.

Georgeanna Barefoot grabbed the championship win from the circle for the Camels after dealing against the Lancers (34- 24) across three games.

Barefoot earned the MVP title in the tournament after serving13 strikeouts and closing out the final game with seven innings pitched, seven strikeouts, and a title in the Camels corner.

For Longwood, it was a little too late for a three run rally in the seventh inning. Falling short, Campbell claimed victory and their second Big South trophy in two seasons under Head Coach Sharonda McDonald-Kelley.

Sydney Jacobsen, Kayley DeVivi, and Lauren Taylor earned All-Tournament recognition for the Lancers after keeping the team alive over the past few games at the plate.

Sydney Backstrom (23-13) finished her Lancer career in the fourth inning on Sunday, commemorated with a very deserving standing ovation walk-off from both fan bases for the super senior.

Backstrom finished her career with her best record, most strikeouts in a single season, 760 career strikeouts, and with her name in the program record book for many years to come