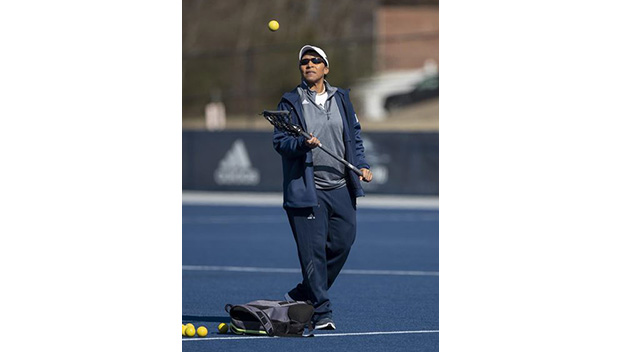 Elaine Jones will be stepping down as the head coach of the Longwood women’s lacrosse program, Longwood athletics director Michelle Meadows announced Thursday.

Jones completed her 10th season leading the Lancer lacrosse program in 2022. She compiled a 66-100 overall record and a 32-32 mark in Big South play during her tenure. In 2019, the Lancers finished second in the Big South regular season with a 5-1 league record, its highest regular season finish since joining the league.

“I am extremely appreciative of Elaine Jones’ dedication and commitment to leading the Longwood lacrosse program over these past 10 years,” Meadows said. “Longwood lacrosse has a longstanding history of success, and Coach Jones’ leadership continued that tradition through our transition and growth within the Big South Conference all while maintaining excellence in academics. We wish her the very best going forward, and we will begin a search for Longwood’s next lacrosse head coach immediately.”

“I’d like to sincerely thank current Athletic Director, Michelle Meadows, and Troy Austin, our former Athletic Director, for believing in me and entrusting me with the growth of our student-athletes and the Women’s Lacrosse program,” Jones said. “I have truly enjoyed coaching at Longwood and being a part of such a welcoming and ever-evolving community. I’m so proud of the achievements and accomplishments of our student-athletes and coaching staffs, and I’m truly grateful for the relationships I built with the many student-athletes throughout my tenure.

“I know we created a great foundation for the program, one based in and characterized by resiliency, heart, hustle, and grit, and I’m confident in leaving knowing that with continued support, the program will be in good hands moving forward. I wish all our current and future players the best of luck, and I’ll be rooting for them.”

Jones is the 11th head coach in program history, with her first year in the program marking Longwood’s entry into the Big South. She helped the program to its 300th win in 2016, and she is second in career wins behind Janet Grubbs.

During her time at Longwood, Jones coached 29 All-Conference players and was named Big South Coach of the Year in 2019. The 2021 team was selected as an IWLCA All-Academic Team, led by Dana Joss who was named the Big South Women’s Lacrosse Scholar-Athlete of the Year that same year.