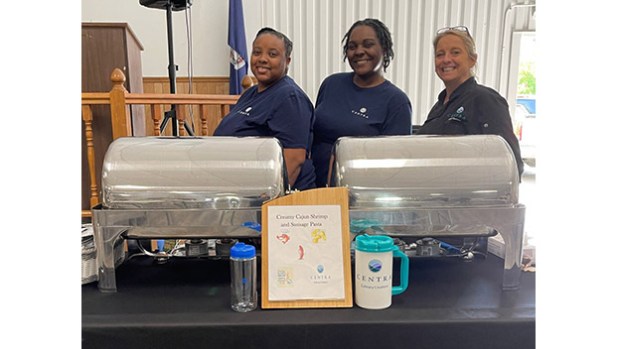 Centra Southside Medical Center staff take a moment to smile for the camera during the Taste of Farmville 2022 event. 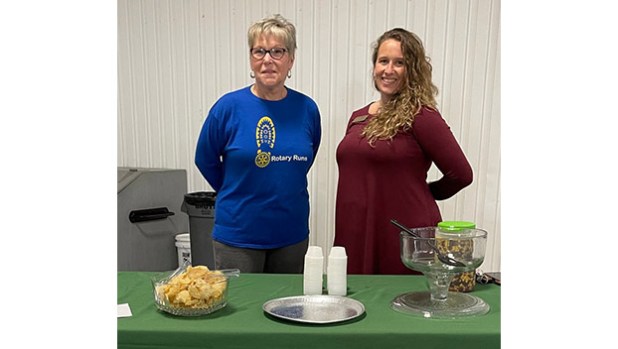 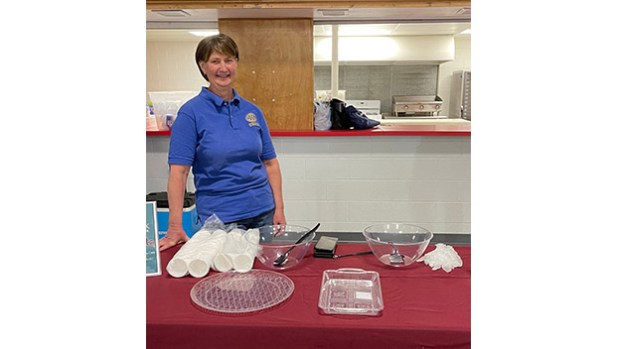 Rotarian Teresa Stewart of Benchmark Community Bank prepares a table for the many participants of the event. 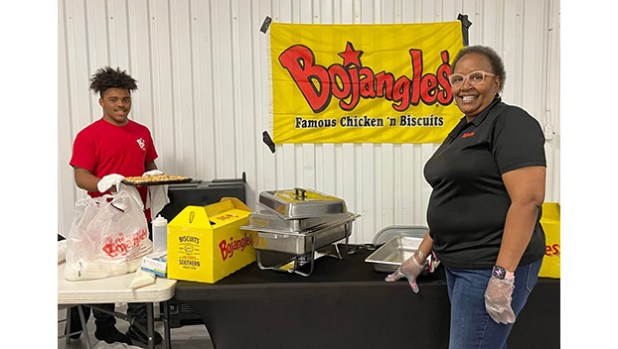 Always a community favorite, Bojangles was once again a crowd pleaser. 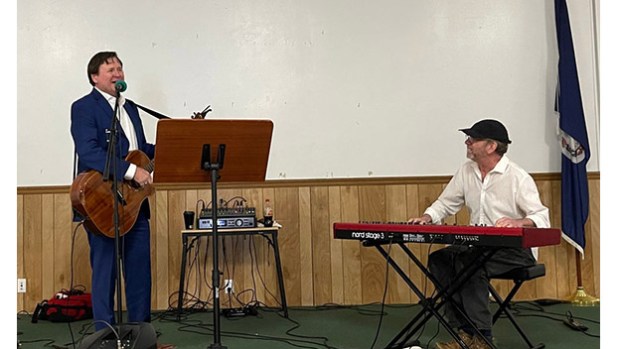 Cannon Watson and Marcus Pendergrass entertain the crowd during the Taste of Farmville 2022.

The Rotary Club of Farmville hosted its annual Taste of Farmville event, Thursday, April 28, following a two-year hiatus due to the COVID pandemic.

What began in 2005 as a “Celebrity Chili Cook Off” in the Fuqua School gymnasium quickly out grew its humble beginnings and in just a few short years moved into the former STEPS building. In 2019 the event was moved to The Sportsman’s Arena, where it is held today.

To accommodate the growing crowds two-seatings were available this year. Another first, was live entertainment. Crowd pleasers, Marcus Pendgrass on keyboard and Farmville Rotarian Cannon Watson on guitar, provided the music.

When asked about this years event Rotary Club of Farmville President Jenn Kinne had this to say, “It was exciting to offer the Taste of Farmville to the community after the two-year break. Our planning committee with Rhonda Arnold at the lead worked hard and hosted a flawless event. The addition of music and two-seating time slots was a brilliant move by the committee and very well received by vendors and attendees.”

All the proceeds of the Taste of Farmville event are used to assist various nonprofit organizations in the community with improvements and projects.