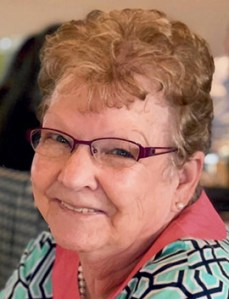 Bonnie Lou LeSueur Wood, 70 of Dillwyn, went home to be with her Lord and Savior on Sunday, May 8, after a swift battle with cancer. Bonnie passed peacefully at home surrounded by her three children at her side.

Bonnie was born in Dillwyn, on Jan. 5, 1952, a daughter to the late Joshua James and Viola Taylor LeSueur.

As a life-long resident of Buckingham County, Bonnie was well known and tremendously loved by so many. She was famed for her decadent coconut, chocolate and lemon meringue pies; a craft she learned at the early age of 16 while working at the Orchard Restaurant. Folks came from far and wide, wanting a little slice of heaven in a pie shell. After more than 54 years of simultaneously working multiple jobs, Bonnie officially retired on April 1, having served 20 years with Buckingham County Public Schools.

Bonnie loved to stay busy and didn’t like idle hands. She often said she only went home when there was nowhere else to go. Through the years, her greatest joys included family trips to Buckroe Beach, Williamsburg and Pigeon Forge, Tennessee. If the wheels were turning, you could surely bet she had a bag packed and was ready to go.

Bonnie took great pride in spoiling her grandsons and nothing brought a bigger smile to her face than to hear them call her, “Nannie”. As Lucas and Timothy grew older, Bonnie spent much of her time with her “bonus grandson”, her great-nephew, Hunter James LeSueur. It goes without saying that Bonnie Lou loved her three children and they loved and adored her more than words could ever describe. Our hearts are broken, but we rejoice in knowing that she is now with her Lord and Savior.

Family will receive friends on Wednesday, May 11, from 6 – 8 p.m., at the Dunkum Funeral Home of Dillwyn. Services will be held at 2 p.m., Thursday, May 12, Buckingham Baptist Church, New Canton, with interment in the church cemetery.

Dunkum Funeral Home of Dillwyn is serving the family.

In lieu of flowers, family and friends are encouraged to make a donation to their favorite charity in memory of Bonnie.