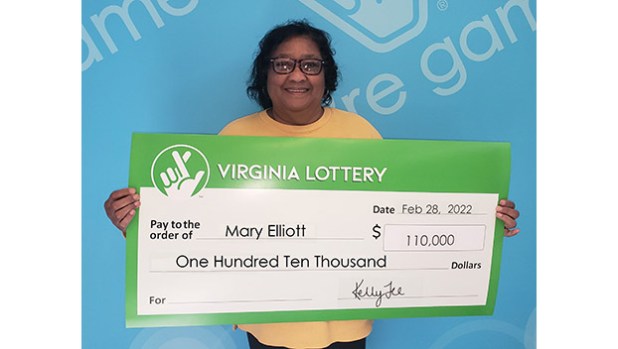 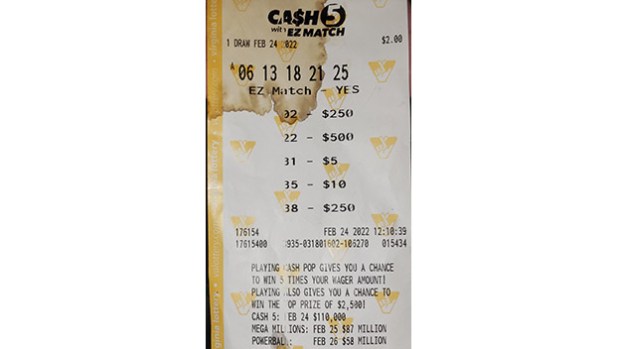 When Mary Elliot discovered she’d matched all five winning numbers in the Virginia Lottery’s Cash 5 with EZ Match game, she had a brief moment of panic. She had thrown the ticket away.

So the Buckingham County woman went digging through the trash and found it. But now there was a new problem: The ticket had coffee stains on it, and the barcode wouldn’t scan when she tried to confirm her win.

But this story has a happy ending.

Elliott took the ticket to the Virginia Lottery’s Prize Zone West in Henrico, where Lottery officials were able to confirm the win and award her the $110,000 prize.

“When I saw I’d won, I couldn’t stop shaking to save my life.” she said.

She won the top prize in the Feb. 24 drawing with a ticket she bought at the Food Lion in Dillwyn. The winning numbers were 6-13-18-21-25. She selected the numbers on her ticket using important birthdays.

Cash 5 with EZ Match features a rolling jackpot, starting at a minimum of $100,000. If nobody matches all five winning numbers, the jackpot increases for the next drawing. The odds of matching all five numbers to win the jackpot are 1 in 749,398. For more information on how to play Cash 5 with EZ Match, visit www.valottery.com/Cash5.

In addition, a player who spends an extra dollar for EZ Match receives five randomly generated numbers with a prize of up to $500 associated with each number. If those numbers match any of the numbers on the ticket for the drawing, the player wins that prize – even before the drawing is held.

Authorized by Virginia voters in a successful 1987 referendum, the Virginia Lottery generates more than $2 million per day for Virginia’s K-12 public schools. In the fiscal year ending June 30, 2021, lottery customers helped generate more than $765 million in funding for public education. For more information, visit the Virginia Lottery’s Giving Back page, visit the website, like them on Facebook, follow on Twitter and Instagram, and check them out on YouTube. With all gaming, remember to play responsibly.