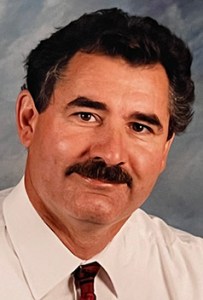 Jim grew up in Wisconsin and joined the Armed Forces of the Untied States and served in Vietnam. He later worked as a Quality Control Manager for Nestle Company in Freehold, New Jersey. In later years he was self employed as a handy man fixing and completing projects of all kinds.

He was compassionate, big-hearted family man who loved helping others and watching the Green Bay Packers. He was also a very loving husband and father.

He was preceded in death by his parents, his wife, Donna Fraley Giessel; two brothers and two sisters.

He is survived by his son, Ryan Giessel (Grace) and grandson, Xavier Giessel of Alabama; his daughter, Miranda Mills (Mathew) of Appomattox and sister, Marilyn “Bird” Pfeiffer of Wisconsin.

A memorial service will be held on Friday April 29, at 3 p.m., in the Chapel of Puckett Funeral Home.