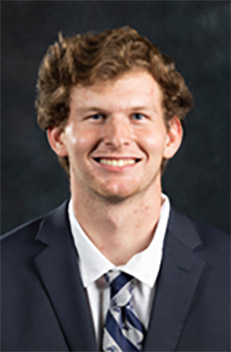 Sean Gibbons picked up his first career relief pitcher of the week award for his performance at North Carolina A&T.

Gibbons, a Hidden Valley high school product out of Roanoke, made one appearance last week in a difficult situation against the Aggies. The Southpaw came on with the bases loaded and two outs in the seventh inning, with the go-ahead run at the plate. Gibbons quickly eliminated the threat with a ground ball out to second base. The Roanoke native finished the last 2.1 innings, struck out two and surrendered just one hit on the way to earning his first career save.

Gibbons has been nothing short of dominant since March 6, going 6.2 innings in five appearances and giving up just four hits and no runs, the sophomore has become an anchor in the bullpen.

Gibbons joins Logan Berrier and Gregory Ryan on the list of Longwood baseball players who have won player of the week awards this season.