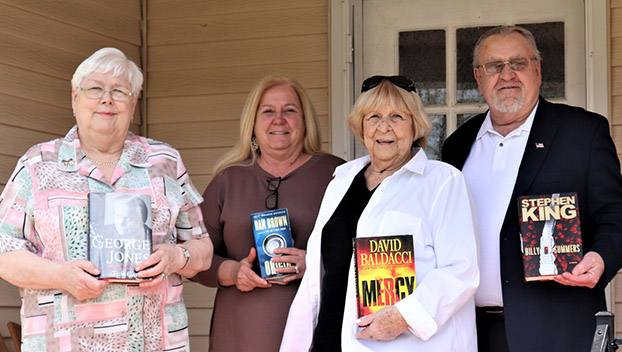 In an ongoing effort to support local veterans, the Service for Veterans Committee of the Judith Randolph-Longwood Chapter, Daughters of the American Revolution, recently donated several boxes of books to the Piedmont Area Veterans Council in Farmville.

Although not nearing the number of 724 they collected and donated in June 2020, the veterans were happy to receive this smaller batch of approximately 75 books.

DAR has honored and aided veterans since the organization began in 1890. During the Spanish-American War, they established the DAR Hospital Corps in 1898 under Dr. Anita Newcomb McGee, founder of the Army Nurse Corps, and Clara Barton, the first Surgeon General.

Much of the work of this committee was historically directed toward the hospitalized veteran, but new approaches and unique services were required to meet the needs of America’s veterans. DAR members now also assist veterans in their communities in locations such as community veterans’ centers, veterans’ organizations, and long-term care facilities, in addition to 159 of the VA medical centers nationwide.