Bill to commemorate Brown v. Board of Education 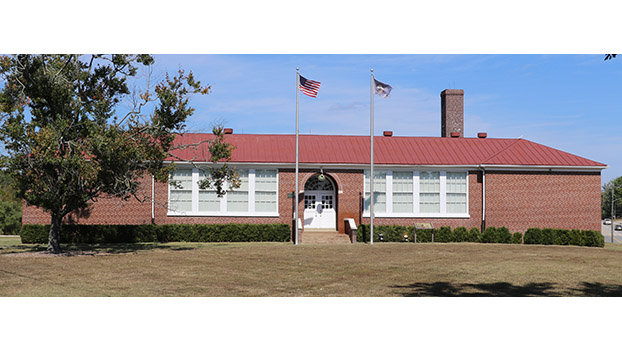 U.S. Senators Mark R. Warner and Tim Kaine applauded unanimous Senate passage of their bipartisan legislation to commemorate the historic sites that catalyzed litigation leading to the 1954 landmark Supreme Court decision, Brown v. Board of Education of Topeka. According to a release the bill will expand the Brown v. Board of Education National Historic Site in Kansas and designate National Park Service (NPS) Affiliated Areas in Delaware, South Carolina, Kansas, Virginia and the District of Columbia. Specifically, the legislation would recognize the Moton Museum, formerly the Robert Russa Moton High School, in Farmville, where Barbara Rose Johns led a protest against school segregation and demanded better conditions for Black students.

The 1954 Supreme Court decision in Brown v. Board of Education of Topeka transformed the United States, striking down the separate-but-equal doctrine established by Plessy v. Ferguson in 1896. The Brown decision ended the practice of legalized segregation in educational facilities and was a major catalyst of the Civil Rights Movement of the 1950s and 1960s.

“Seventy years ago, 16-year-old Barbara Johns led a walkout to protest school segregation alongside all 450 of her fellow Black classmates at the Robert Russa Moton High School in Farmville, Virginia. Ms. Johns’ student-led demonstration spurred one of the five cases that would eventually head to the Supreme Court under the Brown v. Board of Education lawsuit,” said Senator Warner. “As we honor Barbara Johns’ legacy in the halls of Congress with her statue, I’m proud to join this effort to commemorate the Brown v. Board of Education National Historic Site and further recognize the vital role played by the R.R. Moton School in Farmville in ending school segregation.”

“In April 1951, Barbara Johns led her classmates in a protest to demand better conditions for Black students at the segregated Moton School in Farmville, Virginia. I’m proud the Senate passed our bipartisan bill to honor the Moton Museum and other historic sites connected to Brown v. Board of Education,” said Senator Kaine. “As we approach the 68th anniversary of this landmark ruling, we must continue to tell inspiring stories of Americans fighting for equality and recommit ourselves to upholding the principle of equal protection under the law.”

The legislation was crafted in partnership with the National Trust for Historic Preservation. In the Senate, the bill was led by U.S. Senators Chris Coons (D-DE) and Lindsey Graham (R-SC), and supported by U.S. Senators Tim Scott (R-SC), Tom Carper (D-DE), Jerry Moran (R-KS) and Roger Marshall (R-KS).

“With the passage of the Brown v. Board National Historic Site Expansion Act to designate all of the sites associated with this monumental Supreme Court case, history is not just memorialized but also made whole,” said Paul Edmondson, President and CEO of the National Trust for Historic Preservation. “At the National Trust, we have been diligently working to reveal and amplify a more complete view of our national history and we’re pleased to have partnered with Senator Coons and Congressman Clyburn in this important work. The heroism of the communities, parents and schoolchildren who dared to demand equal access to education can now be properly celebrated through these historic places.”

“The Robert R. Moton Museum is excited to join with communities involved in the historic Brown v. Board of Education of Topeka decision. In seeking to become an affiliated area of the National Park Service, we know this affiliation will allow us the opportunity to better collaborate with other communities involved in the historic Brown decision as we work to ensure that countless individuals have the opportunity to know of the courage and sacrifice that citizens made towards equality in education,” said Executive Director of the Robert R. Moton Museum Cameron D. Patterson. “The Moton Museum Board of Trustees, Moton Museum Community Council, and our partner institution Longwood University in offering their support towards this effort, recognize that the resources and benefits offered from this affiliation with the National Park Service will only strengthen our ability to fulfill our mission as a museum.”

“This preservation process reveals how all history is truly made,” said Brent Leggs, Executive Director of the African American Cultural Heritage Action Fund. “So often it takes more than one great man, woman or even a single community to create change, despite the way the stories of history are often recounted. Actually, it requires many ‘ordinary people with extraordinary vision’ to move a society forward. We applaud those courageous attorneys, families, and activists, some known and others unknown, who put so much at risk to secure educational equality for all Americans. Thanks to our preservation partners, the full history of this landmark case will forever be memorialized and interpreted to inspire the next generation of social justice leaders.”

The creation of NPS Affiliated Areas in Delaware, Virginia and the District of Columbia for sites associated with the Brown v. Board of Education case and an expansion of the Brown v. Board of Education National Historic Site to include the related sites in South Carolina provides an opportunity for these sites to tell their own uplifting, under-recognized stories of students, parents and their allies who helped shape American society.

Enactment of this legislation has the potential to appropriately recognize the sites associated with the other four court cases and help them to combine current uses with preservation and public education. In collaboration with local partners and other stakeholders, the National Trust will continue their collective work to bring recognition to communities that fought for school integration, helping these sites to tell their own history of the Brown v. Board of Education case and make connections to other communities engaged in the fight for educational equity, past and present.

On Wednesday, April 6, the bipartisan bill unanimously passed in the House Committee on Natural Resources. The House will soon consider the bill, and then it will go to President Biden’s desk to be signed into law.

Johnson to be inducted into the VHSL Hall of…