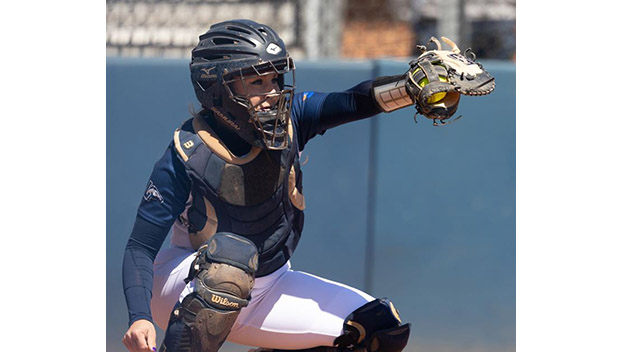 On Tuesday, March 22, the pitching staff for Virginia Tech softball was nigh unhittable. The fifth-ranked Hokies blanked Longwood in back-to-back games, with Emma Lemley and Ivy Rosenberry throwing consecutive no-hitters in 5-0 and 13-0 wins.

Lemley struck out 13 in the first game of the doubleheader, and Rosenberry followed it up with a five-inning no-no while striking out three for the Virginia Tech (23-3) staff that came into the day with the seventh-best ERA in the nation.

For the nation’s top-rated team in RPI, that was enough to spoil Longwood’s (9-18) home opener and win their 11th and 12th straight games.

For the Lancers, it marked the ninth opponent that is either in the NFCA Top 25 or receiving votes and their eighth opponent in the top 50 of the RPI.

The Lancers are in the midst of a five-game homestand and will dive back into conference play this weekend when they welcome North Carolina A&T to Farmville this weekend for a three-game series. Saturday features a doubleheader starts at 1 p.m., and the series finale is set for Sunday at 1 p.m.

Lemley (9-1) set the tone in the first game with a fiery start that saw her strike out five of the first six batters she faced. The freshman only walked two while against 13 strikeouts while keeping Longwood off balance throughout the seven innings.

Sydney Backstrom (7-9) matched her over the first three innings, but Virginia Tech took advantage of an error in the fourth to take a 1-0 lead. Emma Ritter poked an RBI single in the fifth to give the Hokies a 2-0 lead.

In the top of the seventh, the Hokies added some cushion when Jayme Bailey knocked a bases-loaded triple to the warning track in right field to extend the lead to 5-0.

Backstrom was tagged with the loss after giving up five runs, four earned, with five walks against a Hokie offense that came into the day 25th in the nation in batting average.

Her offense got hit in the second inning and never stopped, racking up 13 runs on 15 hits. The Hokies came into the day 25th in the nation in batting average.

For Longwood, Er’ron Burton (1-2) took the loss after giving up three runs on four hits in 1.1 innings of work.