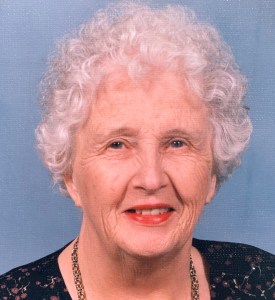 The eldest of six children, Marie was a person who never met a stranger and who could engage in conversation on a broad range of topics with ease. A voracious reader, Marie, would read several novels a week and up to 4 newspapers a day. She got her first job at the Boston Public Library when she was 16 years old. This ignited her lifelong passion for libraries that led her to become one of the co-founders of the Buckingham County Public Library.

Marie married the love of her life, William Joseph Bates, on April 9, 1944. They travelled the world together as Bill’s military service took them to places such as Japan, Okinawa, Iran and many stateside posts. They were blessed with 7 children.

Marie and Bill moved to Buckingham County with their four youngest children in 1971, several years after Bill retired from the Army. Marie and Bill co-founded the Buckingham Electronics Center, Inc. in 1976 and ran the business for 7 years. They sold and serviced televisions, appliances, CB radios and stereos as well as records. Marie enjoyed meeting so many people from different walks of life through this business. Though she never lost her Boston accent, Buckingham was Marie’s home. She loved its beauty and its people and the safe environment that it afforded her children as they grew up.

Marie was an active member of the Toga Volunteer Fire Department Ladies Auxiliary for many years. She volunteered in so many different organizations throughout her life and she believed that helping others was one of the greatest ways that a person could serve their community and their Lord. She founded the Caring Friends Food Pantry in 1993, which provided food and other essential items to anyone in need in the community. She never asked anyone to prove that they were in need…if they asked, Marie provided for them. Eventually Caring Friends would feed about 25 families a month, all from a little storage room in Marie’s basement with the help of her son, Brian, and the generosity of everyone who supported the mission of Caring Friends.

After nearly 20 years and as she began to slow down, Marie closed Caring Friends Food Pantry and coordinated the transfer of its resources to the Maysville Presbyterian Church as it took up the mission of feeding those in need.

Marie was a founding member of the Church of the Nativity Catholic Church. She was devoted to her faith and found peace and comfort in serving her Lord. She prayed to our Lord daily, in particular, through the prayers of the Rosary.

She passed away peacefully in her sleep; her Rosary Beads in her hands. She was committed to the principle that every life was worthy in the sight of God and she lived this commitment through her faith and actions. She was active in the Right to Life movement and she enjoyed serving the poor in any way that she could.

The family thanks Marie’s caretakers; Sherry Harris, Bonnie Leslie and Ashley Witt for their care and compassion.

The family will receive friends on Sunday, March 13, from 2 p.m. until 4 p.m. at the Toga Volunteer Fire Department. Light refreshments will be served. Funeral services will be private.