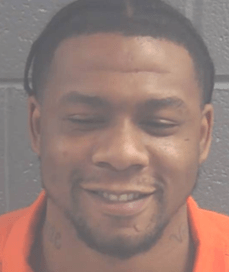 A Buckingham County man has been arrested on multiple drug and firearm charges as part of an ongoing criminal investigation by the Piedmont Regional Narcotics and Gang Task Force.

Timothy A. Randolph Jr., 31, of Cumberland was released on bond from the Piedmont Regional Jail.

The arrest stems from a search warrant executed Feb. 23, at a residence in the 23,900 block of East James Anderson Highway in Buckingham County. The search of the residence yielded the stolen firearm, and the seizure of methamphetamine, cocaine and Oxycodone.