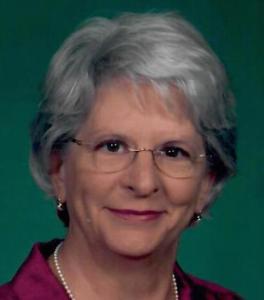 Lynda Lee Baber Anderson, 77, passed away peacefully on March 20, in Dillwyn. She was born Dec. 3, 1944 in Buckroe Beach, where her father worked at Langley AFB during World War II. After the war, her family moved back to Buckingham County, where she lived the rest of her life.

She is preceded in death by her parents, Hugh Charles Baber and Clara Lee Campbell Baber, and her brothers, Wayne T. Baber and Charles Tyler Baber.

She is survived by her husband, James Meade Anderson Jr., to whom she was devoted to for over fifty-five years; her children, Lee Ann Anderson and Thomas Newman Didato of Richmond, Jame Lyn Anderson and Steven Neely Brown of Arlington and James Meade Anderson III and Anne-Marie Miles Anderson of Richmond; her four grandchildren that knew her as Granny, Simone Miles Anderson, Joseph Coleman Didato, James Meade Anderson IV and Clare Campbell Brown; her sister, Ginger Kay Baber Johnson and her husband, Jerry of Mississippi; her sisters-in-law, Beverly Butler Baber of Scottsville and Dina James Baber of Centenary and her nephews, C.W. Johnson, Lawson Charles Baber and Mason Hugh Baber.

In her early years, she was blessed to be raised in a Christian home and to have been a member of Goshen Baptist Church. As an adult, she was a faithful and active member of Bethel United Methodist Church, most recently serving as pianist, communion steward, and president of the church’s United Methodist Women.

She received her bachelor’s and master’s degrees from Longwood University and spent her professional career as a teacher and guidance counselor at the Junior High, Middle and High Schools in Buckingham County.

Her passions were faith, family and home. If asked to name her favorite song, she would give you a list of about thirty hymns. She had endless energy for her children while they were growing up, and later in life, she redirected that energy to her four grandchildren, all of whom she adored. She was famous for never sitting still and enjoyed many hobbies and activities that were an extension of faith, family, and home, including gardening in her beautiful yard, decorating for Christmas, baking delicious desserts and a bit of amateur ancestry research.

Her funeral will be held on Friday, March 25, at Bethel United Methodist Church in Andersonville at 2 p.m., followed by interment in the church cemetery. A visitation will be held at the church’s outdoor pavilion one hour preceding the service. In lieu of flowers, the family requests contributions be made in her memory to Bethel United Methodist Church, c/o Treasurer, C.B. Morgan, 376 Dixie Hill Rd., Dillwyn, VA 23936.