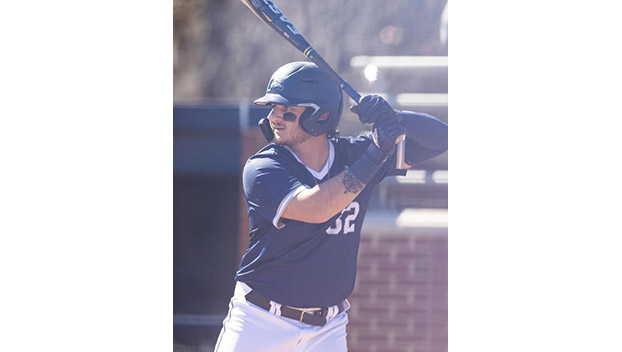 The Longwood Lancers won a high scoring slugfest 16-8 over UNC Asheville to win their first conference series of the season. The Lancers are winners in six of their last seven.

Jack Schnell and Hunter Gilliam led the Lancers offensively. Schnell finished with three hits, a walk, and three RBI’s. Gilliam had a two-run home run in the second inning to go along with 2 hits and three RBI. The Lancer offense finished with 16 runs on 16 hits and 10 walks. Nine Lancers reached base and all nine reached more than once.

“Last weekend I got into a little bit of a rut against Bryant,” said Schnell on what went into breaking his brief slump. “but all week I was just grinding with some of my teammates and it’s good to see it pay off in conference play.”

“It’s just contagious, one guy gets a hit and everybody wants to get a hit. We all feed off each other and the energy’s been good and everything’s flowing together,” further explained Schnell on his teams season long success at the plate.

Longwood scored first in the home half of the first inning when Schnell singled in Hayden Harris. Gregory Ryan would follow that up with a triple that saw Schnell score from first.

The Bulldogs had been resilient all weekend, and they responded with a three-run inning in the top half of the third. Michael Groves hit a solo shot and Robbie Burnett hit an infield single that, after an error by the short stop, wound up scoring two.

The Lancers offense carried their momentum into both the second and third innings, where they scored seven more runs. Gilliam and Schnell combined for five RBI in the two innings themselves to help give the Lancers a six-run lead.

In the top of the fifth, Asheville’s PJ Heintz hit a two-run home run to cut the Lancers lead down to four. The Bulldogs were not done there as they loaded the bases in the sixth inning and brought home two via walks to bring the game within two runs.

Longwood were determined to not let the Bulldogs complete a second comeback in as many days, and responded in the sixth inning with five runs of their own. A Michael Peterson sacrifice fly that went to the centerfield wall saw Keondre Shelton tag up from second and find his way home. Drayven Kowalski doubled in Eliot Dix, and immediately after Michael Dolberry would triple, scoring Kowalski. Wilkinson would eventually single home two Lancers to bring the lead back to seven.

Reece would hit a home run in the top half of the seventh, as the Bulldogs tried to claw their way back into the game.

The Lancers would respond with two runs in their half of the seventh inning through an Eliot Dix double that scored Ryan and a bases loaded walk to Hayden Harris.

Andrew Melnyk started on the mound for Longwood and gave up two earned runs on three hits in two innings. Dylan Saale (1-0) came on in relief and picked up the win after going two innings of two hit baseball. Saale allowed two earned runs as well. Longwood would use a combination of Kevin Gunn, Noak Eaker, Michael Tolson, and Sean Gibbons for the remaining five innings. The four relief pitchers finished with three runs allowed on two hits and five walks.

UNC Asheville used six total pitchers in the contest. Jay Allmer(0-1) started on the mound and went 1.1 innings for the Bulldogs. Allmer surrendered five runs and five hits and picked up his first loss of the season. The remaining Bulldog pitchers gave up 11 hits 11 runs while striking out just one Lancer on the afternoon.

“I’m proud man, very proud of our effort today,” said head coach Chad Oxendine on how he’s feeling following the series victory over a Big South foe. “Obviously we scored a lot of runs, and we can’t expect to score fifteen a game here. We just need to continue to grind in the bullpen and better production in our arms. Super proud to start the year off 2-1 in conference and hope to keep grinding and get better every day.”