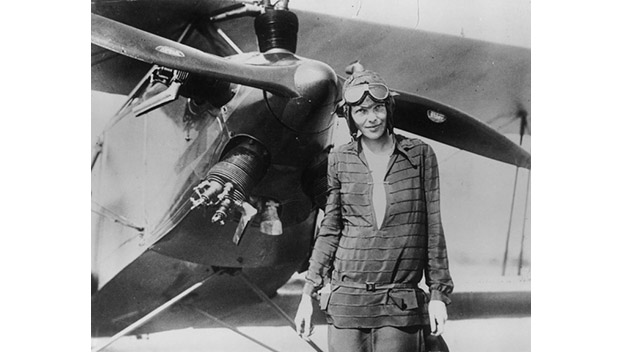 Amelia Earhart stands in front of her bi-plane called ‘Friendship’ in Newfoundland on June 14, 1928.

Each March, Women’s History Month is observed and celebrated for the vital roles women have played in American history and beyond. Each week throughout the month of March The Farmville Herald will highlight women who have made significant impacts and accomplishments in their lifetime.

Women have made a profound impact on world history. From leading armies to breaking down medical barriers to heading nations, women have been at the forefront of historic events for millenia. We are even seeing it today as many women of Ukraine, military and civilians alike have taken up arms to defend their country against Russia.

“Women must try to do things as men have tried. When they fail, their failure must be but a challenge to others.” said Amelia Earhart.

Earhart was an American aviator who became the first woman to fly solo across the Atlantic and the first person ever to fly solo from Hawaii to the U.S.

According to History.com on January 11, 1935, Earhart became the first person to fly solo across the Pacific from Honolulu to Oakland, California but her love for flying began way before that.

In 1928 she was asked if she wanted to be the first woman to fly the Atlantic when she was asked to join pilot Wilmer Stultz and co-pilot/mechanic Louis Gordon.

Their landmark flight made headlines worldwide because three pilots had died within the year trying to be that first woman to fly across the Atlantic.

Earhart set multiple flying records, but it was her attempt at being the first person to fly around the world which led to her disappearance and presumed death.

In July 1937, Earhart disappeared somewhere over the Pacific. Her plane wreckage has never been found and to this day, her disappearance remains one of the greatest unsolved mysteries of the twentieth century.

A rescue attempt immediately commenced and became the most extensive air and sea search in naval history. On July 19, after spending $4 million and scouring 250,000 square miles of ocean, the United States government reluctantly called off the operation.

In 1938, a lighthouse was constructed on Howland Island in her memory.