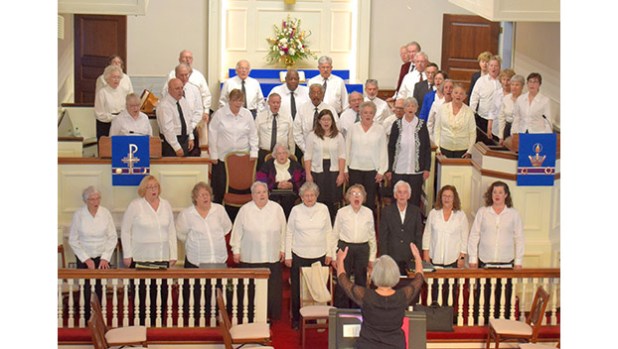 The Commonwealth Chorale in concert at Farmville United Methodist Church. 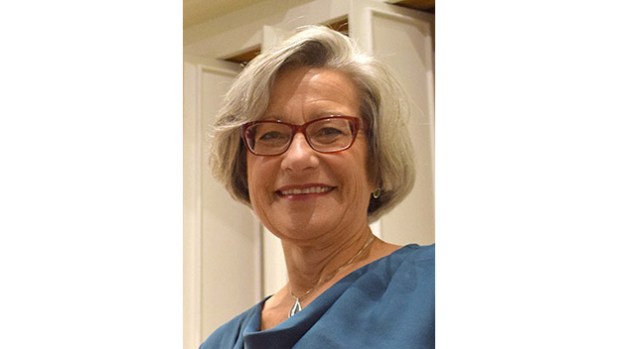 The Commonwealth Chorale will present concerts on April 7 at 7 p.m. and April 10 at 4 p.m. Both concerts will be held at Farmville United Methodist Church.

Written in 1959, Randall Thompson’s “Frostiana” has been called one of the most important pieces of choral music since Handel’s “Messiah.”

“Through seven poems of Frost, Thompson opens to us the contours of the countryside, the feel of the earth, the quiet reverie of the storytellers, the deepness of the forest and the softness of the snow,” Henderson commented. “We hear the sounds of the north woods, the sigh in the yellow wood, the water of the pasture spring, the song of the thrush at dusk, the hooves of a horse on soft snow and the wheelbarrow clattering along the lane.”

“Any great composer or writer will take something from the past and mix it with something new to create something completely different,” Henderson added.

“Frostiana” opens with Frost’s famous poem, “The Road Not Taken.”

“There are other settings of “The Road Not Taken,” but this one is the best,” the director noted. “At the beginning, for example, the singers are in unison because they’re on one road; later harmonies show divergence as two roads appear.”

Frostiana’s final poem, “Choose Something Like a Star,” is more complicated.

“I feel like Thompson helps us see metaphors that are not necessarily in words,” Henderson explained. “In his music we walk the roadways and pathways, view the city and country life, imagine the flower on the windowsill, hold the smooth lily stem and watch the stars of steadfastness and guiding light. We know the quandary of the unanswered questions of our lives and reflect on the final steadfastness of a star in the night sky.”

Fauré, born half a century before Thompson, presents a different approach.

“Fauré saw death as a happy deliverance,” Henderson commented. “The qualities of solace, restfulness and even joy amid death abound in his music.”

Faure’s “Requiem,” in line with the message of Easter, offers a hopeful view in times of distress.

On numerous occasions “Requiem” has been performed to bring solace after a major catastrophe. Leonard Bernstein chose it for a performance following the assassination of John F. Kennedy, and shortly after the Sept. 11 attacks, it was featured in a memorial concert at the University of New York, Potsdam.

Fauré’s music is particularly relevant now as the world emerges from the COVID pandemic.

“Fauré allows listeners to feel loss but leaves them with an extraordinary sense of comfort and consolation,” Henderson added.

Rounding out the program will be “Cantique de Jean Racine” and James Erb’s “Shenandoah,” the Chorale’s new signature piece.

“A lot of choirs have a signature piece,” the director noted. “I had this on my shelf, and it just sort of popped out of the pile. Shenandoah blends well with the Robert Frost and the countryside theme.”

“Shenandoah,” performed a cappella, will conclude the program.

Concerts are free, and the public is invited to attend. The Dec. 7 concert will be live streamed on Facebook — see the Chorale’s Facebook page for further information.