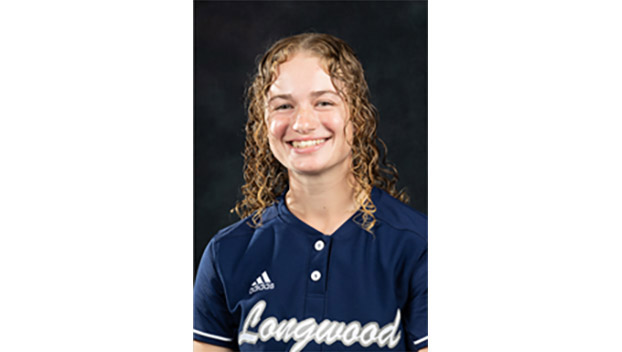 Emily Vinson followed up a huge offensive and defensive performance on opening weekend with her first career Big South Co-Freshman of the Week honor.

Vinson had a spectacular debut in Orlando this weekend where Longwood Softball played its first five games of the 2022 season at the Black and Gold Classic hosted by a UCF team that received votes in the top 25. Vinson batted .500, going 7-14 at the plate.

The Elgin, S.C. native swatted her first collegiate homer in the 8-7 takedown of Fresno State. Her home run also provided the game-winning run as a solo homer in the top of the seventh inning.

Vinson also hit two doubles and completed a trip around the diamond six times while also stealing a base. Vinson slugged .857 on the weekend, grabbing four starts and appearing in all five games.

The next journey for the Lancers will take them to Arkansas for the Razorback Invitational Feb. 18-20. They will prepare for another five games in a three day span playing Wichita State, Western Illinois, Illinois and Arkansas.