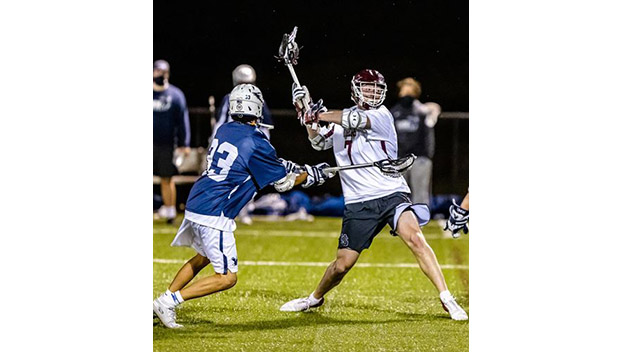 Senior captain Sean Duffy posted a career-high seven goals, adding one assist, to lead nationally-ranked No. 16 Hampden-Sydney College (H-SC) to a 19-11 season-opening and non-conference lacrosse victory past Southern Virginia University (SVU) on Saturday at Fulton Field at Lewis C. Everett Stadium. Sophomores Ray O’Brien and Ford Burke each added three goals, with Burke contributing two assists and O’Brien one assist for the host Tigers (1-0) who led 11-8 at halftime against the visiting Knights (0-1).

SVU took a narrow 5-4 advantage in scoring during the second quarter to provide for the 11-8 score at the break. H-SC received goals during the quarter from Clagett, Duffy, O’Brien and Saunders, the first two unassisted, while the Tigers gained assists from junior Max Koontz (1a) and junior Kevin Marshall (1a).

H-SC took complete control with a 5-1 scoring advantage in the third quarter … getting two unassisted goals from Duffy sandwiched around an unassisted score from distance by goalie Will Perry (2g) when SVU left the net unattended. Burke scored again about halfway through the quarter, assisted by O’Brien, to make it a 15-8 lead at 7:44. Junior Nick Morgan (1g) added an unassisted goal to close out the scoring in the third quarter for a 16-9 margin.

The Tigers added three more goals in the final quarter as Duffy scored again without an assist, O’Brien scored with help from Clagett, and Perry closed it with another goal on his own from distance for a 19-10 advantage. SVU tallied a late goal to provide for the final margin.

Perry started and played the first 58:57 in goal, yielding 11 goals with 12 saves for the win. Sophomore goalie Peter Smith played the final 1:03.

H-SC remains at home for its next four games, as well, and will host non-conference opponent and No. 5 Christopher Newport University on Saturday, Feb. 26, at 1 p.m. at Everett Stadium.