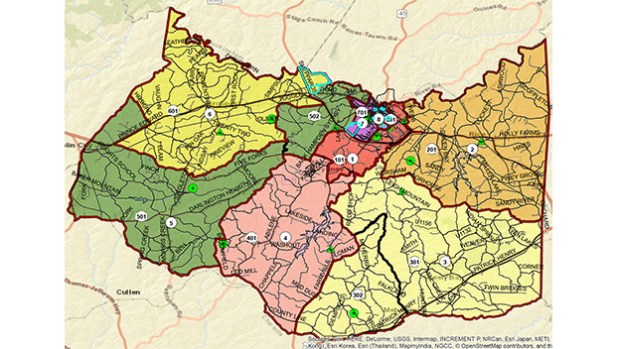 Above is the Prince Edward County Map of the proposed redistricting. Proposed changes are highlighted in blue. 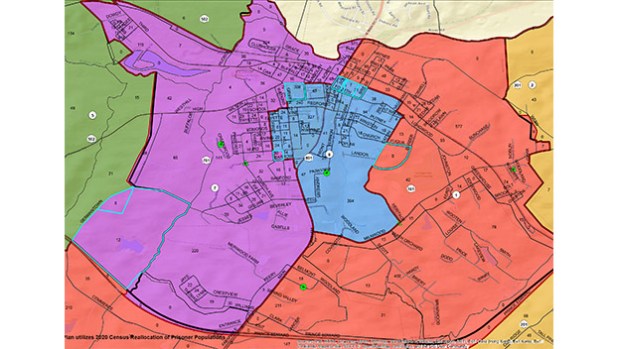 Above is the Prince Edward County Map of the proposed redistricting zoomed in to show Farmville. 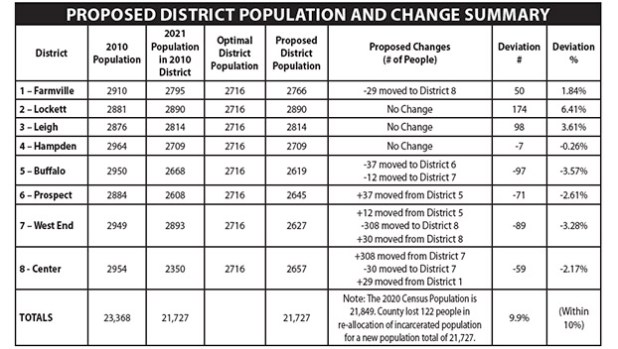 In order to correct population deviations in the election districts, as determined by the 2020 decennial census, some of the lines in Districts 1 (Farmville), 5 (Buffalo), 6 (Prospect), 7 (West End) and 8 (Center), which equates to 11 census blocks, are proposed to be adjusted. The proposed voting district maps and redistricting ordinance are available for review in the office of the Prince Edward County Administrator Monday – Friday, 8:30 a.m. – 4:30 p.m., and online at the County’s website: www.co.prince-edward.va.us.

Additionally, citizens are encouraged to provide input at the two public hearings, which will be held in the Board of Supervisors Room, Prince Edward County Courthouse, 111 N. South St., Third Floor, Farmville, VA 23901, on the following dates and times: Tuesday, March 8, at 7:30 p.m. and Tuesday, March 29, at 5:30 p.m.

The redistricting schedule adopted by the Board of Supervisors is as follows:

• Board Action on Ordinance and Plan – April 12

• If there are amendments: Additional public comment period of 15 days.

• If no changes, authorize Notice that Redistricting Plan will take effect in 30 days or Friday, May 20.

All interested persons are invited and encouraged to attend the public hearings and/or present their views through written comments for consideration by the Prince Edward County Board of Supervisors.