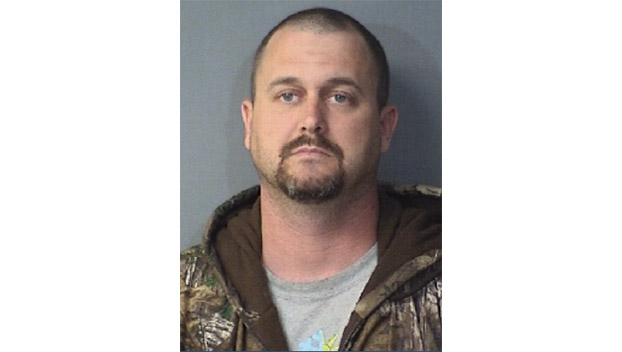 The jury trial of a Norfolk man accused of killing his stepdaughter nearly seven years ago entered Day 6 in Southampton Circuit Court at the beginning of this week.

Wesley Paul Hadsell, 43, was formally charged on Jan. 14, 2019, with first-degree murder of Angelica “A.J” Hadsell on March 3, 2015. Related to the case, he’s also charged with murder — non-capital felony, and concealment of a dead body. He has pleaded not guilty to all of these charges.

A.J. was a freshman on spring break from Longwood University in Farmville at the time of her disappearance in 2015.

The search took Norfolk Police investigators and a dive team to a pond off Walters Highway/U.S. Route 258 and Joyners Bridge Road in Isle of Wight County on April 4, 2015.

Within the week, Norfolk Police came to Southampton County and told the Southampton County Sheriff’s Office of a body found outside a house in the 34000 block of Smiths Ferry Road/U.S. 258. The body was taken to the medical examiner’s office in Norfolk, where it was positively identified as that of A.J. Hadsell.

Wesley Hadsell originally had a trial in connection to this matter the week of Feb. 24-28 in 2020, but Southampton Circuit Court Judge Lawson Wayne Farmer was compelled to declare a mistrial.

Southampton Circuit Court Clerk Richard L. Francis told The Tidewater News that Farmer announced Feb. 26, 2020, that an issue had arisen and the jury was sent out. Essentially, there was a stipulation about what could come into evidence, he said. Southampton County Commonwealth’s Attorney Eric A. Cooke made the motion for the mistrial earlier in the afternoon, and the defense did not object.

“So in the interest of fairness, the judge declared a mistrial,” Francis said.

Hadsell pleaded not guilty to these charges during his Oct. 31, 2019, arraignment. According to the Virginia Courts Case Information System, a Nov. 15, 2021, court appearance regarding these charges featured a plea, and the result for the selling or distributing charge was nolle prosequi, which means the prosecution chose not to prosecute at that time. He pleaded guilty to the possession charge, and a presentencing report was ordered.

They brought forth FBI Special Agent Albert Sena as an expert in data management and analysis.

Sena shared the research he had done in connection with a Garmin GPS that was associated with Wesley Hadsell.

Sena explained how Global Positioning Systems work and that he was able to track the location of this Garmin specific to dates and times from data that the device reports.

He said that on the morning of March 4, 2015, the Garmin was traveling on Smiths Ferry Road and then appeared to veer off the road and stop at a residence at 34160 Smiths Ferry Road for a brief time before returning to the road.

Sena confirmed he was present April 9, 2015, when A.J. Hadsell’s body was found behind a shed that was behind the residence at that same address.

He also tracked the Garmin to a Citgo gas station at 301 E. 2nd Ave. in Franklin on March 4, 2015. He indicated that based on records he was able to obtain, a card with the last four digits matching one found in Wesley Hadsell’s wallet was used to make a purchase.

After prosecutors completed their questioning, Hadsell’s attorney, James Ellenson, asked Sena why there are only a few pieces of location data from the Garmin for March 3 while there is quite a bit for March 4.

Sena said he did not know and suggested the unit could have been turned off on March 3.

Ellenson asked Sena if he could research and determine where the Garmin originated March 4 according to the initial location data available. Sena agreed to research that.

After Ellenson asked about data relevant to Hadsell’s cellphone, Sena indicated that someone else focused on that aspect of the investigation, and Ellenson said he would save questions for that individual then.

Before court adjourned for the day, the prosecution presented the transcript of a 2015 interview between Wesley Hadsell and TV reporter Joe Fisher. The transcript had some redacted parts due to the presence of details that Judge Farmer determined would not be shared, but the remainder was read aloud, with Colvin reading Fisher’s words and Cooke reading Hadsell’s words. The interview took place while the search for A.J. was ongoing.

After adjournment, Cooke confirmed the prosecution could finish presenting its case on Feb. 2 or 3.