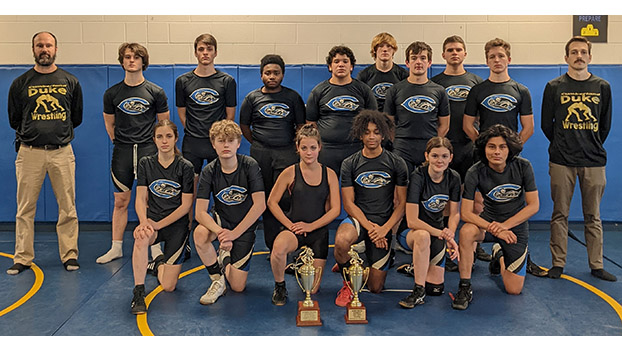 The following are team scores and winners for each weight class:

The Cumberland Wrestling Team placed an impressive third out of the 12 teams that participated in the 2021-22 VHSL Region 1A/1B Wrestling Tournament hosted by Cumberland on Feb. 5.

The Dukes traveled to Salem for the VHSL State Tournament Feb. 18 and 19. Cumberland was represented in 12 of the 14 weight classes.