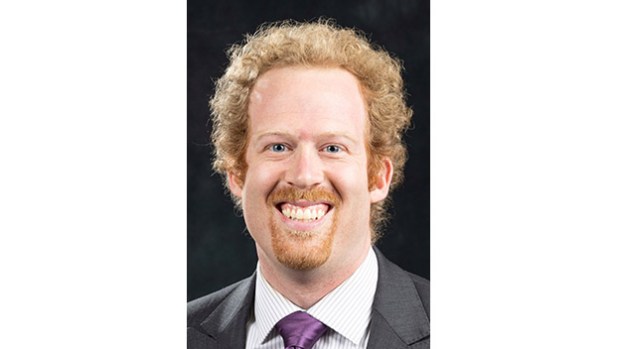 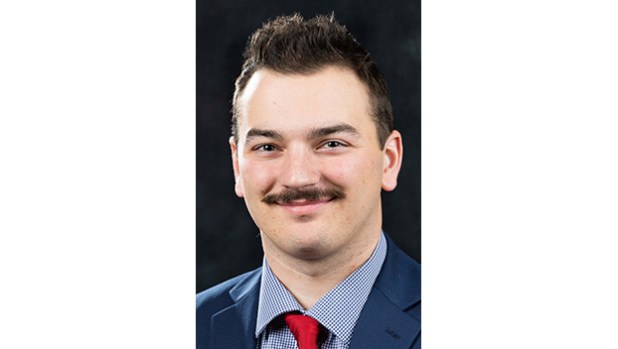 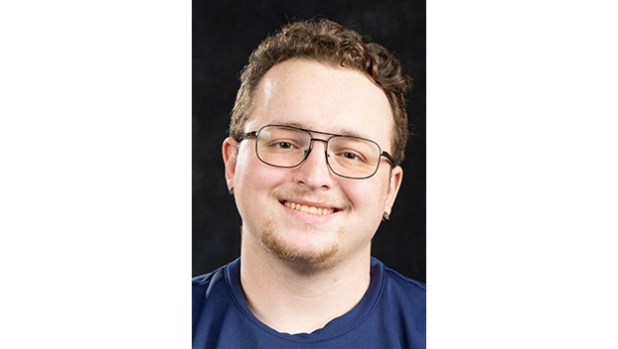 The Longwood Communications Department announced the promotion of Sam Hovan to director of athletic communications.

Hovan began his fourth year in the athletic communcations department in November and has served as the broadcast “Voice of the Lancers” for the past three seasons on both the radio and ESPN+. Plus, he has hosted the “What the Elwood” podcast while also working with the Longwood Communications Department on Lancer Central. In addition, he has served as the main contact for a variety of sports during that time.

“I am thrilled to announce the promotion of Sam Hovan as our director of athletics communication,” said Longwood Athletic Director Michelle Meadows. “In his time as a Lancer, Sam has demonstrated an incredible work ethic and creativity in telling the rich story of Longwood athletics, both past and present, through various mediums that reach our vast audiences. He is beyond deserving of this opportunity to lead our communications team, and I look forward to the impact his leadership will have going forward.”

As a part of his new role, he will oversee the athletics communications department while also maintaining his broadcast role. He will still be the “Voice of the Lancers” on the radio and ESPN+ broadcasts. In addition, he will serve as the main media contact for men’s basketball along with women’s lacrosse, women’s soccer.

“I’m honored to be a part of a pretty special team within Longwood,” Hovan said. “This is a place that works really hard to live up to their values, and that’s inspiring. Part of what I get to do is be around the amazing citizen leaders that Longwood is training, and that’s something I don’t take for granted. I also have to say thank you to Chris Cook for being a tremendous boss for the past three years. I have learned so much from him, and I know I will be carrying that forward with me.

Hovan and his family live in the Farmville area, where his five and three-year-old daughters love to play outside, go to Longwood games and chase him around the house.

The Longwood athletics communication department announced the hiring of Brandon Fenters as their new director of video operations. As a part of his role, Fenters will oversee all aspects of the department’s ESPN+ broadcasts.

Fenters joins the department full-time after his graduation from Longwood in December where he both interned with the department and served as coordinator of broadcast operations for the past year as the right-hand man for Ian Jett, who held the position prior to moving to VCU in a similar role.

“We are really excited to have Brandon joining our team,” said Longwood Director of Communications Sam Hovan. “Don’t let his recent graduation fool you. Brandon has been an integral part of what we’ve done for the last several years, and he has already hit the ground running. He knows the equipment inside and out, and he has a vision to build on a great foundation that Ian Jett laid. Plus, he is very invested in creating chances for students to learn, just like he did.”

Fenters brings a wealth of experience with both the NewTek Tricaster and 3Play Replay systems after working on the ESPN+ production team at Longwood for the past two-and-a-half years while a student. When he began working on the production crew in the fall of 2019, he immediately fell in love with live production. From that point on, he added to his skills to his repertoire, and he has already directed at least 20 events at Longwood in addition to working graphics, replay, camera and any other roles as needed.

“I am stoked to get started,” Fenters said. “This is a new position for me in a familiar environment, and it comes with its own unique set of challenges and hurdles to overcome. I am excited to help students learn the ins and outs of our equipment, and I’m looking forward to what’s to come.

In addition, during the past year he helped train students to follow in his footsteps on the production crew as part of a strong partnership between the Longwood athletics department and the Longwood school of communication.

During the summer, Fenters interned with the Tri-City Chili Peppers, a summer collegiate baseball team, in a multimedia role as well. While with the Chili Peppers, he directed and set up streams on Flosports while also using PTZ cameras.

Outside of his work, Fenters was involved in the Boy Scouts of America, first as a scout, then as a scoutmaster. Fenters earned the rank of an Eagle Scout in 2016 after running a community service project where he and his troop built a Gaga Pit for their local YMCA. Fenters was also active as a scoutmaster in his local troop from 2018-19.

Kerstetter comes to Farmville to join the Lancers following his time at Findlay University as an intern in the athletic communications department. Throughout the fall, he worked closely with the men’s and women’s soccer teams within the athletic communications department as part of his internship with a wide variety of duties that included stats, game recaps and more.

“I’m really excited to get to work with Alex, and I can already see the impact he has had on our team,” said Longwood Director of Athletic Communications Sam Hovan. “His passion for what he does and his hunger to keep getting better come through every single day. Everyone we talked to told us about his work ethic and drive, and I can see why.”

As a student at Findlay, Kerstetter played on the men’s soccer team for four seasons. In his time there, he played in 47 games over three seasons while also battling an injury as a sophomore. He tallied eight goals and eight assists and scored a pair of game winning goals.

Off the field, he worked as a student assistant within the Findlay athletic department and gained a wealth of experience in a variety of roles.

In 2019, he interned with the United Shore Professional Baseball League in Utica, Michigan. While with the league, he worked closely with the statistics team on multiple projects, and he was the leader of the interns he worked with and created their work schedule for the summer.

Kerstetter was also a member of the Student-Athlete Advisory Committee (SAAC) at Findley as well as a number of other student organizations, and he volunteered at a number of local organizations in Findlay, Ohio. He graduated in May with his bachelor’s degree.

“I am very excited for the opportunity to work within the Longwood athletic department,” Kerstetter said. “I could not imagine a better institution to start my career in athletics with, and I can’t wait to work with the staff at Longwood to produce the best experience for student-athletes that we can.”

At Longwood, Kerstetter will be the main media contact for multiple sports, including baseball and men’s soccer. In addition, he will be the lead statistician for men’s and women’s basketball.