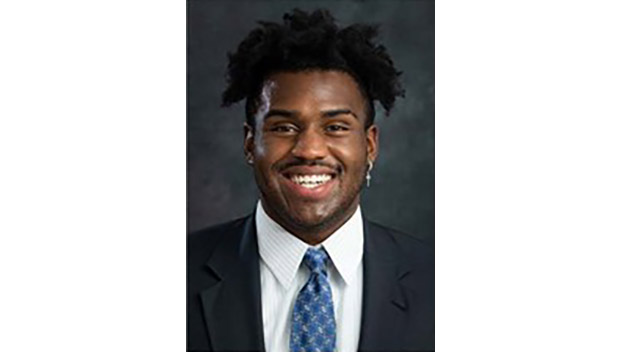 When it was crunch time for Longwood men’s basketball, Isaiah Wilkins delivered last week. The Lancer senior hit a variety of big shots, and he was named the Big South Men’s Basketball Player of the Week, the conference announced Monday afternoon.

Wilkins averaged 18 points and 8.5 rebounds per game while leading the charge to Longwood’s 2-0 Big South record, their best start to conference play in six seasons. He added six steals and didn’t miss a free throw while shooting .444 (12-27) from the floor.

Against Radford in Longwood’s conference opener, Wilkins tallied 14 of his 16 points after halftime. He saved his best for last when he ripped off eight straight points in overtime in the 83-75 win, sealing the win on offense while the Lancer defense shut down the Highlanders. In addition, he added nine rebounds to finish one board shy of a double-double.

On Saturday, Wilkins stepped up his game even more in Longwood’s 66-60 takedown of Gardner-Webb. He racked up 20 points and a game-high eight rebounds. After halftime, he hit a pair of huge three’s before hitting four straight free throws in the final minute to help seal the game. He added four steals and two assists to stuff the stat sheet.

Wilkins leads Longwood in scoring and rebounding on the season, averaging a team-best 12.9 points and 6.1 rebounds per game. He’s hit a team-best 26 three’s while shooting .441 (26-59) from three.

He became the second Lancer to earn the Big South’s weekly honor this season after Leslie Nkereuwem was named the Big South Player of the Week on Nov. 22.

Longwood hits the road for two straight at Presbyterian and Hampton on Saturday, Jan. 22 and Monday, Jan. 24 respectively.