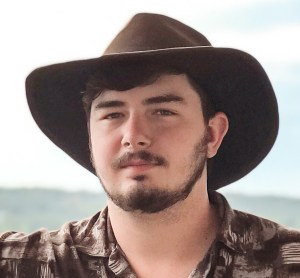 Born March 8, 1999 in Richmond, Spencer moved with his family to Charlotte Courthouse in 2006. A beloved member of the Charlotte Courthouse community, Spencer loved playing the guitar and mandolin, singing old hymns and bluegrass tunes and making instruments. He was also an athlete and had a passion for rugby, football and wrestling. A 2016 graduate of Randolph-Henry High School, Spencer attended Hampden-Sydney College and earned a degree in History with a minor in Rhetoric in 2021. While at H-SC, Spencer was captain of the rugby team for two years and founded several clubs. After graduation, he returned to work at the college in the Office of Student Affairs and coached the rugby team. Spencer loved his H-SC brothers like family.

He was a dedicated member of Mt. Tirzah Baptist Church and he treasured his church community. Spencer always put others first and his compassion was a trademark of his personality.

He is survived by his parents, Doug and Jenny Parrish; his sisters, Frannie McMillan (Eric), Sarah Brill (Scott) and Mary Stubbs as well as his brothers, Mitchell Parrish and Danny Parrish. He was beloved by his eight nieces and nephews. He is also survived by his maternal uncles, Harland Stairs and Paul Stairs and his paternal aunt and uncle, Carol Taylor (Clifton) and Wilton Parrish (Karen).

A service will be held on Saturday, Jan. 8, at Jonesboro Baptist Church at 9215 Patrick Henry Hwy, Roseland, VA 22967, at 2 p.m. Details about a memorial service in the spring are forthcoming.