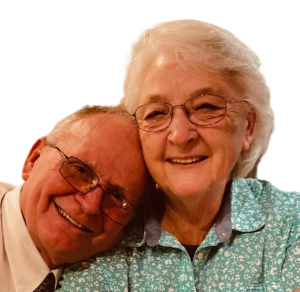 Deborah Ruth Bowden Rakes, 72 of Pamplin, died Jan. 8, she was followed in death by her husband, Larry Robert Rakes, 77, on Monday, Jan.17.

Deborah was born on Dec. 20, 1949, the daughter of the late Theresia Victoria Bowden and Beuford Sonnet Bowden. She was preceded in death by an infant sister, Jeanette Victoria Bowden. Deborah attended the Amherst Church of God.

Larry was born on Oct. 26, 1944, a son of Bonnie Mae Osborn Rakes and the late Heber Festus Rakes. He was a proud U.S. Army veteran serving his country in the Vietnam War. Larry was a member of Amherst Church of God, the Appomattox Chapter of the Gideons International. He was a lifetime member of the American Legion, Veterans of Foreign Wars of the U.S. and the Virginia Loggers Association.

A funeral service will be held at 2 p.m., Sunday, Jan. 23, at Robinson Funeral Home by Pastor Harold Bare. The family will receive friends at the funeral home one hour prior to the service. Burial will take place at a later date in Virginia Veterans Cemetery at Amelia.

In lieu of flowers the family requests memorial donations for Deborah be made to the WAMV Amherst, PO Box 1420, Amherst, VA 24521, ATTN: Bob Langstaff and for Larry to Gideons International, Appomattox Camp, PO Box 486, Appomattox, VA 24522.