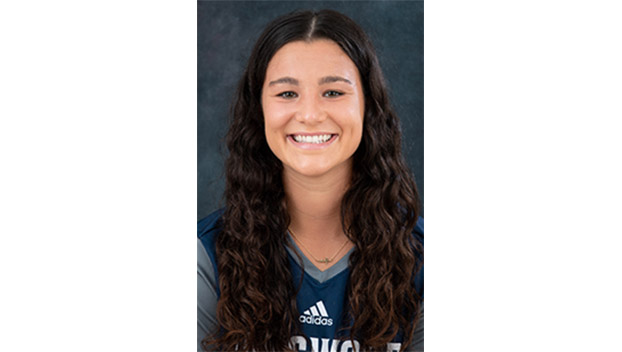 In the fall, Kylie Cahill helped key a Longwood women’s soccer back line that was one of the top outfits in the Big South, and now the center back has been named to the VaSID All-State Second Team.

Cahill helped power Longwood to the program to a third-place finish in the conference standings, the program’s fifth third-place finish since joining the league less than 10 years ago. That success paved the way to an All-Big South First Team selection in addition to the VaSID All- State honor.

In the fall, Cahill’s poise in the back helped Longwood to a 7-7-4 overall record to go with a 6-2-2 record in Big South play, including an eight-game unbeaten streak and a six-game winning streak in conference play. The Lancers ranked among the top four in the Big South in goals against average (1.15) in conference play, and the team’s five shutouts were second in the league.

With Cahill’s selection, Longwood has now placed at least one player on the VaSID All-State Team for six consecutive years and eight of the past nine years overall. She was named All-Big South in each of the past two seasons.