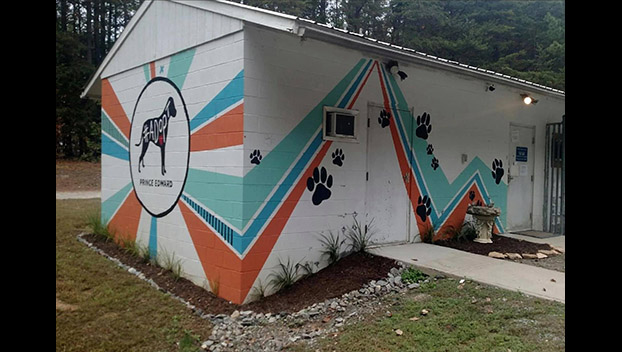 The county has plans to construct a brand new animal shelter which will benefit the community’s humans and furry friends and bring the facility in line with state requirements.

While discussions surrounding the Prince Edward County Capital Improvements Plan have mainly been focused on elementary school renovations, the plan’s highest priority project, a new animal shelter for Prince Edward County Animal Control, could be just over two years away.

County officials placed a new animal shelter at the top of the Capital Improvements Plan due to a variety of needed improvements to the facility, which is too small to meet its current and projected needs.

The adopted plan states that the shelter stays full for long periods of time, making it difficult for staff to take in new animals when needed. The shelter, constructed in the 1970’s, also has no adequate storage space for supplies or equipment. Its masonry block construction and concrete floors promote high humidity and cause issues with electronics and the ability for paint to adhere to walls and floors.

Used jointly by the Town of Farmville, the Prince Edward County Animal Control building, located at 255 County Shop Road, on average brings in 400- 500 animals per year and has a less than 1% euthanasia rate.

The shelter can currently accommodate up to nine cats and 11 dogs legally, but both the state veterinarian and the county’s veterinarian have, upon inspection, suggested replacement in light of failing to meet state regulations for an animal shelter. The building’s isolation and euthanasia rooms already do not meet state requirements.

With staff members at the shelter unable to modify the building to meet current needs or even mandated requirements from the state, and with repair costs for the building beginning to become unjustifiable in comparison to replacement, a new shelter, according to the Capital Improvements Plan, would allow Prince Edward to house more animals in a better environment without the threat of fines or shutdown.

While the project, according to the Capital Improvements Plan, is currently slated for 2024, County Administrator Doug Stanley noted the date is a placeholder and not set in stone, adding significant work must be done in order to meet such a deadline.

Stanley stated the county will more than likely consider moving the shelter’s location due to public water and sewer needs which are not available at the current site. Beyond picking out a location, work needed to accomplish the 2024 goal includes designing, building, funding and constructing the facility.

Stanley noted officials have already discussed taking out a Facilities Committee to look at examples and identify architects who have designed such facilities, adding the county will likely try to identify a site and architect in the first half of 2022.

“Once we identify and engage an architect, we will start looking at what specifically will need to be included in the building,” Stanley said.

The county’s Chief Animal Control Officer Chris Riviere, expressed his excitement over the proposed new facility and thanked supervisors for recognizing the need for a better building.

“I am elated that the Board of Supervisors has chosen to invest in a new animal shelter,” he said. “It will mean a shelter that is considerably larger and able to hold more animals, including livestock. Our facility will be easier to clean and maintain, and we will have much needed storage space and space to perform additional services for the public.”

Riviere said staff members hope to have an adoption room at the new facility that creates a welcoming environment as residents look to adopt an animal.

“We also plan to have space to groom/bathe animals to prepare them for transfer or adoption and to generally help them feel better once cleaned up. I am hopeful that the new shelter will also create new employment opportunities as well as new avenues to volunteer and be active with animal care and rescue. The old shelter has served its purpose, but unfortunately, due to age and being constructed in an era where no one in this field would have predicted the way in which animal care and control has evolved, our only feasible option is replacement to meet current and future needs.”