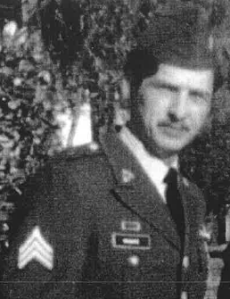 Jack Dennis Moore, 70 of Powhatan, passed away on Nov. 17, in Midlothian. Jack was born in Prince Edward County to George and Mamie Moore on May 3, 1951.

He went to high school at Prince Edward Academy. He went on to join the Army in 1971. He served in the Vietnam War and was honorable discharged in 1980 at the rank of Sergeant. He worked as an auto mechanic until retirement.

He enjoyed working in his vegetable gardens, hunting and spending time with his family, he loved his grandchildren to the moon and back!