From the Ground Up: In praise of sweet potatoes 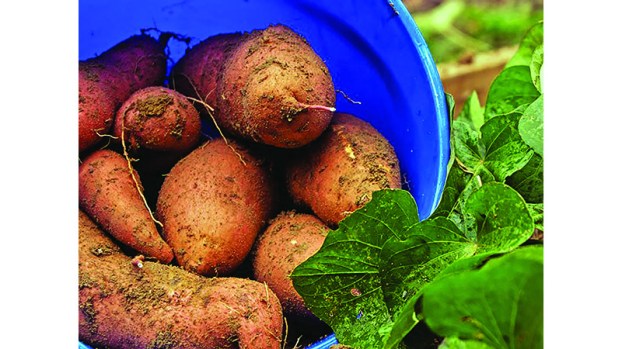 In some countries, the sauteed leaves and shoots are more popular than the sweet potatoes. 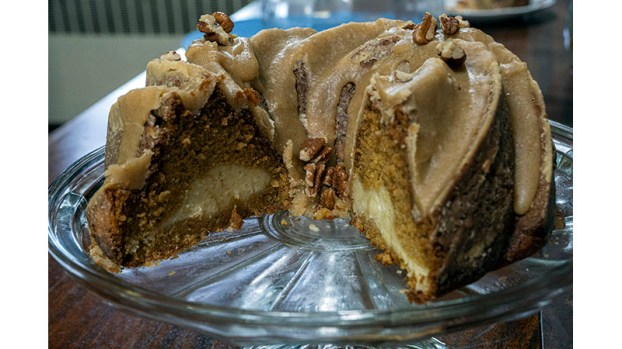 With its cheesecake filling and caramel glaze, this sweet potato pound cake is the ultimate indulgence. 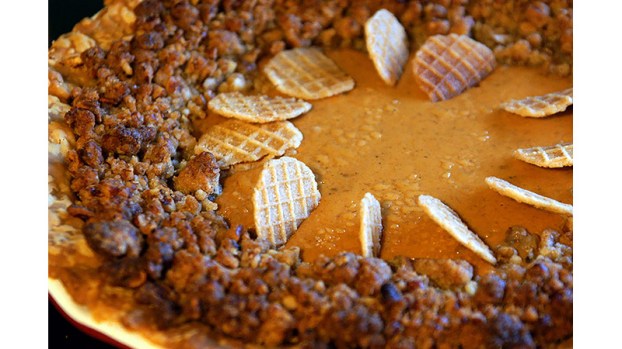 Traditional sweet potato pies were plain and not too sweet, but the trend today is to enhance them with streusel, nuts or even cookies. 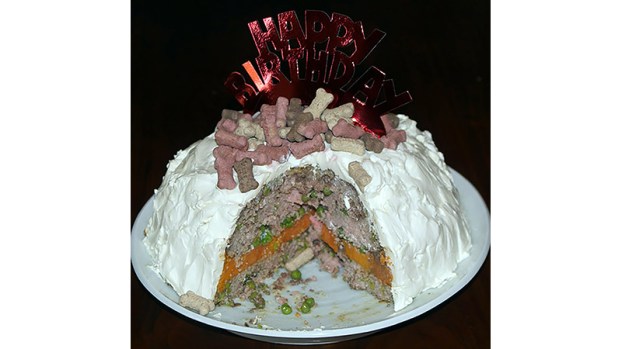 It’s been a good year for sweet potatoes. In early summer, we feasted on sauteed shoots and leaves seasoned with a dash of sesame oil and a liberal amount of garlic. In early fall, we dug a bountiful crop of beautiful, blemish-free sweet potatoes, both the deep orange Beauregard variety and the pale yellow Nancy Halls, an old type that my grandparents grew. The Beauregards are the ones found in most grocery stores; they have a smooth texture and are very moist when cooked. The Nancy Halls, however, have a dry, stringy texture. They’re prime candidates for smothering in a heavy sugar syrup for candied sweet potatoes.

Now that we’ve had our first frost and put the garden to bed for the winter, it’s time to feast. Sweet potatoes lend themselves to so many different preparations. They can be simply roasted until the sugars in the potatoes caramelize and served with a sprinkling of salt and lots of butter. They can also be topped with black beans, cheese and cilantro, a combination that would have horrified my ancestors.

Throughout this area and much of the South, sweet potato pies reigned supreme for church socials and just about any other gathering during fall and winter. They were made in the same way as pumpkin pies – eggs, sugar, milk, mashed sweet potatoes, a dash of mace, and vanilla or brandy. Women were proud of their homemade pie crust and the silky texture of their pies. Another favorite was the sweet potato pone, basically a crustless sweet potato pie baked in a deep dish and served as a side rather than dessert. The texture of the pone could be either smooth or coarse, and families never agreed which was better. Should the potatoes be pureed or coarsely grated? A huge decision.

Sweet potato pound cakes were also popular items at cake walks and for Sunday dinner at home. Sweet potatoes added moisture, flavor and a golden color to a favorite treat that was often served alongside fruitcakes and even at breakfast. Sweet potato biscuits were also popular. They were either made with extra sugar and topped with a swirl of icing for a sweet treat, or they were made into dainty savory versions that were filled with thin slices of ham and butter.

And then there were candied sweet potatoes – thick slices of sweet potatoes drenched in a dense sugar syrup and baked until the potatoes had absorbed most of the syrup. No winter meal was complete without this dish.

Even though the way we cook sweet potatoes has changed somewhat, southerners are still eating them. Simply baked ones are considered a nutritionally sound treat and the basis for many simple meals. Sweet potato fries are the “healthier” choice for eating with burgers and sandwiches. As for pies, they’re making a comeback, but often gussied up with coconut, nuts, and even meringue toppings. Sweet potato pound cakes are also popular once again; they’re easy to make and offer a “new” twist on a classic dessert. As for the biscuits, there are super-sized ones stuffed with eggs, cheese and bacon on the menus of many breakfast restaurants. Sweet potato pone, however, isn’t likely to make a comeback. There’s just something about the name that isn’t appealing. And then there is the texture.

So, here’s to sweet potatoes. King Henry VIII ate them in pies and valued them as an aphrodisiac. Shakespeare mentioned them in one of his plays. Roasted sweet potatoes are sold on street corners in Asia, and we’re still eating them too. Sweet potatoes: they’re tasty and good for you too!