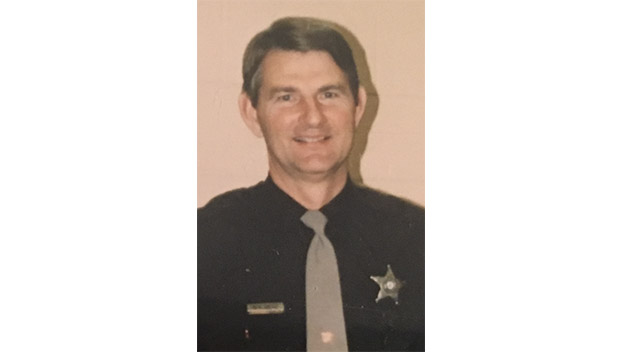 Former Cumberland County Sheriff Marshall Snead Smith will be remembered for his hard work ethic, his familiar smile and his love of life.

Cumberland County citizens were saddened this week to hear of the passing of former Sheriff Marshall Snead Smith.

A Cartersville native and one of 11 children, Smith served as a deputy with the Cumberland County Sheriff’s Department from 1964 to 1987 and went on to serve as the county’s sheriff from 1988 to 1994.

Described by colleagues as a dear friend and master interrogator, Smith was very passionate about his family, especially his wife, Kitty, his son, Ricky and his daughters, Suzanne and Dana. He had many hobbies he enjoyed, including hunting quail, raccoons and rabbits and breeding and training Blue Tick beagles.

Smith loved to ride horses and could often be spotted on horseback at the Cumberland Christmas Parade. He also enjoyed coaching and watching local baseball and softball games, including those of his children, and spent many years coaching local Dixie Youth Baseball.

Family members noted Smith’s hard working attitude, from his work on the farm raising chickens to his dedication to keeping the county safe as sheriff, highlighting that Smith was tough yet gentle at the same time and respected by all who met him.

“Even people who he arrested and had taken to jail, nobody had a negative word to say about him, ever,” Smith’s daughter, Suzanne Hunt, said.

Fellow law enforcement officers and friends expressed their admiration for Smith upon the news of his passing.

“When I was hired as a dispatcher by Sheriff Henry A. Blanton III in 1981, Marshall was the chief deputy and crime investigator at that time,” former co-worker Marion “Billy” Black commented. “But, growing up in a small community, I knew Marshall long before that. He was fair, and you knew where you stood with him because he was honest. I relish the time that we worked together and will always cherish our friendship.”

Ray Turner, a former special agent with the state police, said he worked with Smith on a number of cases, and the two quickly became great friends. He emphasized Smith’s love for God, life and his community.

“He was a man that truly, truly loved his family and loved all of the people of Cumberland County,” Turner commented. “I just can’t say enough good about him… He loved all aspects of life, but most of the time, when you’d see him, he had a smile on his face.”