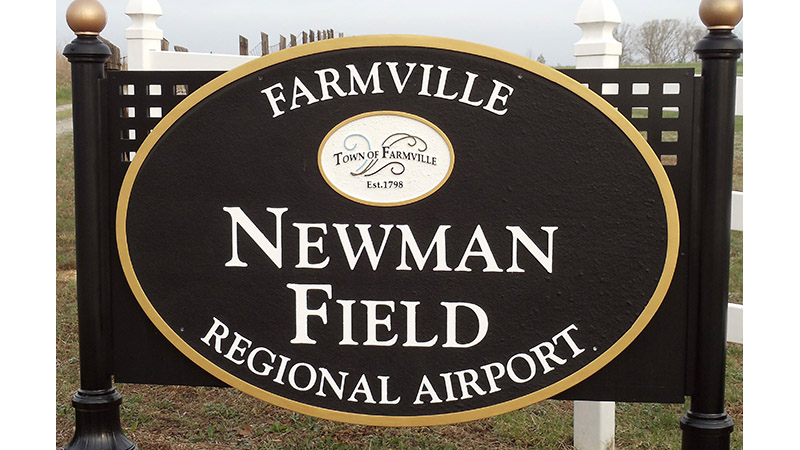 Newman was a lifelong resident of Farmville and was a member of the graduating class of 1948 from Farmville High School. While in high school, he obtained his pilot’s license and later served as an aircraft mechanic as a member of the United States Air Force. After an honorable discharge, he collaborated with his father at their family business, the W. C. Newman Company.

Newman remained an avid aviator, and in 2012, the Farmville Town Council renamed the Farmville Regional Airport in Mayor Newman’s honor to “Newman Field.”

Mayor Newman dedicated his life to serving the town he lived in and loved. In 2019, he and his wife, Eileen, donated their building at 1201 W. Third St. to the Piedmont Area Veterans Council.

“Mayor Newman’s 38 years of service and dedication to the Town of Farmville is quite admirable,” Mayor David Whitus said. “He served Farmville during a period of tremendous growth and expansion.”

His long tenure, service and dedication to the community will be long remembered.