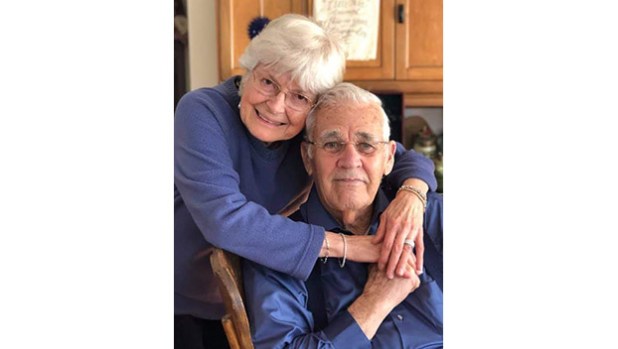 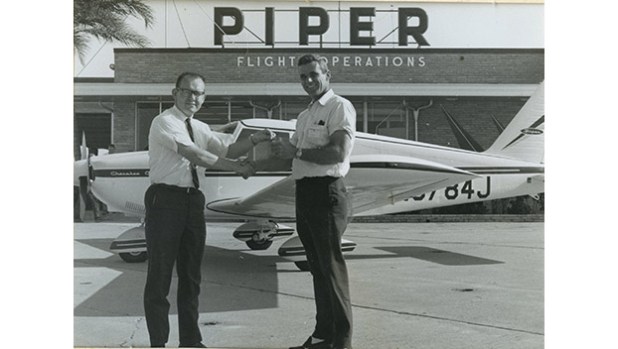 Aviation was Newman’s biggest passion in life, and even in his old age, he enjoyed going out to Newman Field to help work on airplanes and provide insight to fellow pilots. 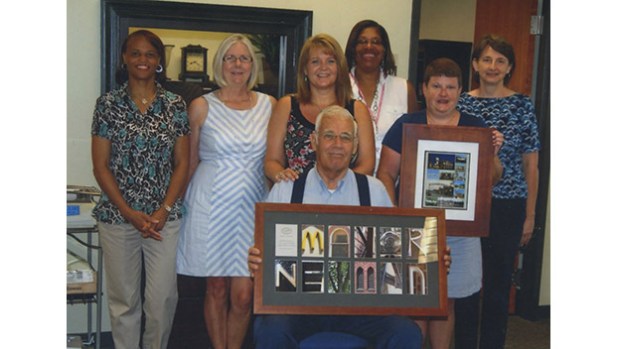 While his absence leaves an undeniable hole in the hearts of many, Newman, who spent much of his time above the clouds, also leaves behind a legacy as a statesman, a gentleman and a lifelong aviator.

Born in 1930, Newman was a lifelong resident of Farmville and graduated from Farmville High School in 1948.

While in high school, Newman obtained his pilot’s license and would go on to serve as an aircraft mechanic in the U.S. Air Force. After an honorable discharge, he went on to work at the family concrete business, W. C. Newman Company.

A founding member of the local Experimental Aircraft Association (EAA) Chapter 1202 and a member of the AOPA (Airplane Owners and Pilots Association) for 60 years, Newman spent much of his life in the air, giving thousands of residents their first ever ride in an airplane. He regularly participated in Chapter 1202’s Young Eagles program, and through that program, he gave over 300 local children their first plane ride.

Over his lifetime, Newman garnered multiple awards in the field of aviation, including acknowledgments such as The Wright Brothers “Master Pilot” Award from the Department of Transportation Federal Aviation Administration, which he received in 2006, and a 1996 Virginia Aviation Award presented to Newman at the Virginia Aviation Conference in recognition of his continuous support of the Farmville Municipal Airport.

Newman dedicated much of his life to giving back to his community. Earlier in his career, he served as president of the Farmville Fire Department. In 2019, he and his wife, Eileen, donated their building at 1201 W. Third St. to the Piedmont Area Veterans Council.

Newman sadly passed away in the early hours of Dec. 1, 2021. In the days following his passing, friends, coworkers and loved ones recalled the distinct qualities which made Newman so admirable.

“I had the distinct pleasure of working with Mayor Newman for many years,” Farmville Police Chief Andy Ellington said. “I actually grew up next door to him, and he always welcomed us to come over and play basketball in his carport. He was such a passionate and giving individual. He was a true southern gentleman and a scholar, to say the least. His love for flying was unconditional, as was his love for the Town of Farmville. He will be sorely missed in our community.”

“Mayor Newman’s 38 years of service and dedication to the Town of Farmville is quite admirable,” Farmville Mayor David Whitus said. “He served Farmville during a period of tremendous growth and expansion.”

“He would help anybody out,” fellow EAA Chapter 1202 member Morgan Dunnavant recalled. “If anybody needed a specialty tool to work on the airplane or an obscure piece of aviation hardware that was hard to come by, Syd had it, and he would graciously lend it out.”

Dunnavant noted Newman was an instrument rating pilot and could legally fly above the clouds where the ground could not be seen. He said Newman often would fly out to Raleigh to pick up his granddaughter and take her to and from school. Sharp as a tack yet gentle as a lamb, he had a wonderful sense of humor.

Robert Atkinson, who purchased W.C. Newman Company from Newman in 1991, noted Newman had a passion for fixing things and was always the one to come to the rescue when things broke down.

“At one point prior to buying the business, we lived and worked in Florida,” Atkinson said. “Syd would fly down to pick us up for family visits. On one visit, we were waiting in the Fixed Base Operator terminal for him to arrive. The operator on duty stepped over and told us, ‘There is a major thunderstorm north of here, and no private planes are able to get through. So, you may be waiting a while.’ In a few minutes, to our surprise, we heard over the live radio speaker, ‘Come in Palm Beach. This is N33 Delta November.’ Leave it to Syd to get through when no one else could.”

“He was very progressive in promoting the town and doing projects that helped the town grow,” Former Town Manager Gerald Spates said of Newman. “I think during Syd’s tenure both on council and as mayor, the growth in Farmville was astronomical.”

Friend and fellow pilot James Price met Newman in 1972 while Price was a serving as a plane captain in the U.S. Navy. He said Newman always served as a mentor.

“He was like a father to me,” Price noted.

Price said when Newman’s health began to decline, he still enjoyed being taken out to the airport to work on aircraft and continue his hobby.

“I’d sit him in a chair and he’d pull wing tips off to do inspections and help me sitting in a chair, even though he was in a nursing home,” he said. “He was just a great man. He’s going to really be missed.”

Even in his nineties, Newman regularly kept up with high school friends, including James Benjamin Towler. Towler said while he was serving overseas in the U.S. Army during the Korean War, Newman wrote him a letter each week.

“Syd was one of the best friends I ever had in my entire life,” he said of his high school classmate. “He was one of the greatest men I’ve ever known.”

“He was a great guy,” fellow Class of 1948 member Flora Bolt stated. “He was a perfect gentleman.”

Bolt said Newman regularly attended class reunions, and when she spoke to him in late November, just before his passing, Newman was in bright spirits.

“He was just as cheerful and nice as he could be.”

“He was a very generous man,” recalled Kathy Gammon, Newman’s daughter. “He was a great servant to the town, and I’ve never heard him speak bad about anyone. He had integrity. He was always willing to help somebody out. There were many times when the townspeople needed a flight to a hospital or to take kids back to college, and he was always willing to do it free of charge. He was an extremely humble man. He was very dedicated to his hobby, flying, and he loved being able to take the community children up in the airplane for their first experience, and many of my schoolmates have commented that his generosity enabled them to have their first flight. He was just well-loved by everyone.”