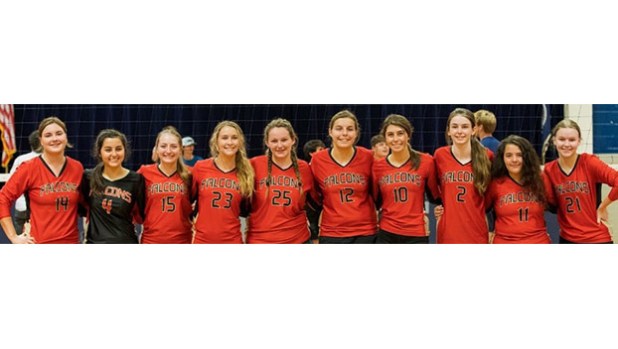 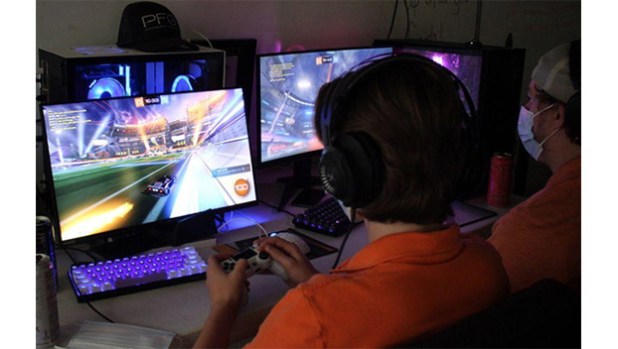 Junior Grayson Newcomb, foreground, focuses on the competition in a Rocket League match as Evan Nichols competes in the background. 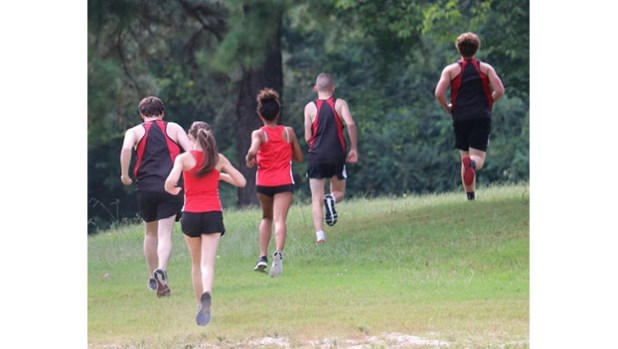 Fuqua School’s Cross Country warming up before a race. 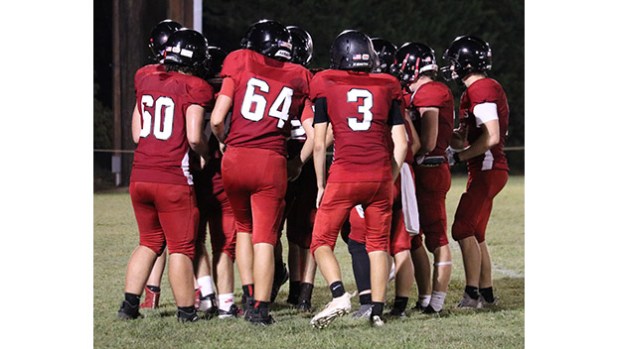 Fuqua’s Varsity Falcons discuss the next play in the huddle.

In the program’s first year back, the Fuqua Falcons Cross Country team looked to not only hit the ground running but do it with just six runners. Led by seniors Dane Reynolds and James Minix, the team consistently posted personal best times in all races offered by the Virginia Colonial Conference (VCC).  Consisting of mainly underclassmen, the Falcons look to not only improve upon their times for next year but also to garner more runners for the team.

Wrapping up the season at 13-10, Fuqua’s Varsity Volleyball team finished 6th in the Virginia Colonial Conference (VCC). The team started out strong, finishing runner-up in the Grove Christian Invitational where both Sophomore Aubrie Jefferson and Senior Meredith Schmidt were named to the All-Tournament team. The future of the program is looking bright. Head Coach Jamey Morris stated, “It is always hard to replace seniors who had such a huge impact on the floor.  We’re hoping that with off-season workouts and utilization of the sand courts, this summer will have the girls conditioned and prepared to compete.”

With only a year under their belt, the newly established Esports program at Fuqua School looks as though they are seasoned veterans.  The program consists of League of Legends, Rocket League and Super Smash Brothers.  In just their second year, the Falcons Rocket League team is currently ranked #1 on the East Coast and in contention for the East Coast Championship. When referring to the Rocket League Team of Holt Mason, Grayson Newcomb and Evan Nichols, Head Coach Jamiel Jackson commented, “They are just three young men who are good at what they do.”

The Fuqua Falcons were 2-7-1 on the season and finished 3rd in the VISAA Division 3 rankings. “Our goals for the year were simple; get better every week and put the best product we could on the field,” commented Head Coach Ben Manis. To his credit, the varsity boys showed up and played their best every single game, regardless of the opponent or the score. Their efforts were good enough to give them a berth in the playoffs against the #2 seed, Portsmouth Christian, who unfortunately defeated the Falcons 50-7. The future is bright for the Fuqua Falcons football program as they look to add several talented underclassmen to the varsity roster next year who will complement the returning upperclassmen.