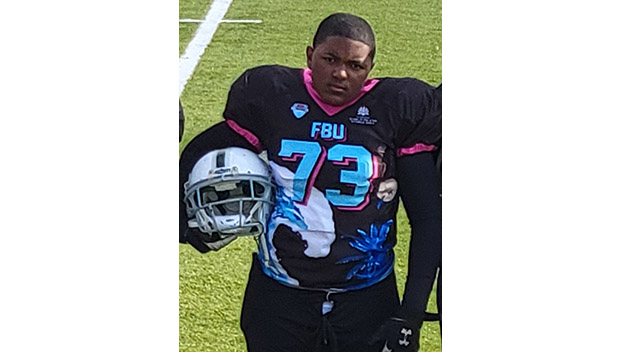 The Middies program started in 2006 with the mission of building young men of conscience-discipline into quality players.  Recruited by the Middies, Barley played on the 11- and 12-year-old team and ended the season with a 7-1 record. In his first year of playing “physical” contact football, J.J. also made the FBU Richmond team after two tryouts and qualified to play on the 7th grade level.  FBU is the recognized leader in developing and enhancing the ability and skill of serious football players in middle and high school.  Since 2007, FBU has trained over 100,000 student-athletes become better football players through intense, position-specific technique training, NFL-level coaching and instruction.  An average of 10,000 student-athletes try out for FBU each year, and only a select few play on the regional and national level.

J.J. played in the FBU Atlantic Regionals in Concord, North Carolina on Dec. 4 and Dec. 5.  Although his team did not place in the regionals this year, the experience and exposure was invaluable and one he will always treasure. J.J. is the son of Tiffany S. Booker of Cumberland and Jermel D. Barley, Sr. of Amelia.  He is also the grandson of Mr. and Mrs. Charles (Pedy) and Tina Trent, Jr. of Cumberland and Clinton Darnell Oulds and Jocelyn Barley of Chesterfield (originally from Amelia).