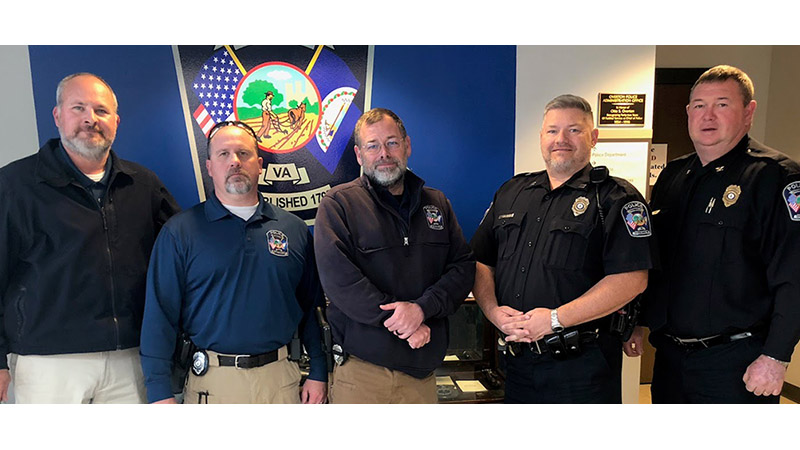 The Farmville Police Department is participating in its fourth year of No Shave November to raise awareness and funds for a good cause.

In November, Chief Andy Ellington, along with other police chiefs across the nation, suspends the portion of General Order #303 that requires officers to be clean-shaven. Instead, officers who want to participate in this nationwide movement are required to donate $50 to wear a beard for the entire month. All money collected through these donations goes towards cancer research at the American Cancer Society.

“Those who want to keep shaving can still donate if they want,” said Lt. C. W. Moss of the Farmville Police Department. “They don’t have to participate. They can give their $50, and the public can donate too.”

No Shave November is a nonprofit that raises money for cancer research every year. The point is to donate the money usually used for shaving and grooming supplies and appointments for cancer research. In addition, the participants raise awareness for cancer by growing out their hair, which is something that many cancer patients lose during their treatment.

The movement made its way to Farmville four years ago as the police department regularly brings awareness to other causes, including when they wear pink badges in October for Breast Cancer Awareness Month. So it only seemed fitting that they would also participate in No Shave November.

“Everywhere you turn around in this office, everyone has experienced cancer in some way,” said Lt. Moss.

Folks who would like to support the cause and their local police officers are encouraged to make a check payable to the town treasurer with “No Shave November” in the memo line. Donations can be dropped off at the Town Finance Office or mailed to P.O. Box 24, Farmville, VA 23901. The Farmville Police Department looks forward to announcing its total raised at the end of November.