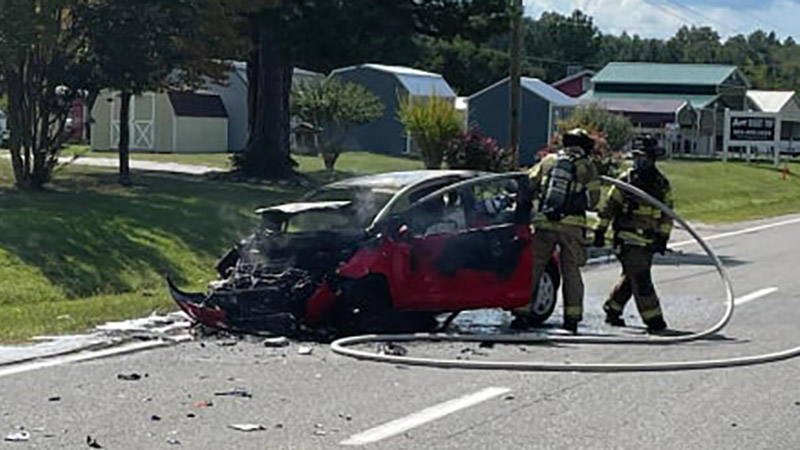 According to the Cumberland Volunteer Fire Department (CVFD), crews arrived on scene to find fire coming from the engine and passenger compartment of the Toyota. Engine 24 and Tanker 22 responded, and the fire was quickly extinguished.

The eastbound travel lanes were closed for approximately one and a half hours until the vehicle was removed.

Dod, who was wearing a seat belt, sustained minor injuries in the crash. She was charged with following too close. The driver of the Ram was uninjured.