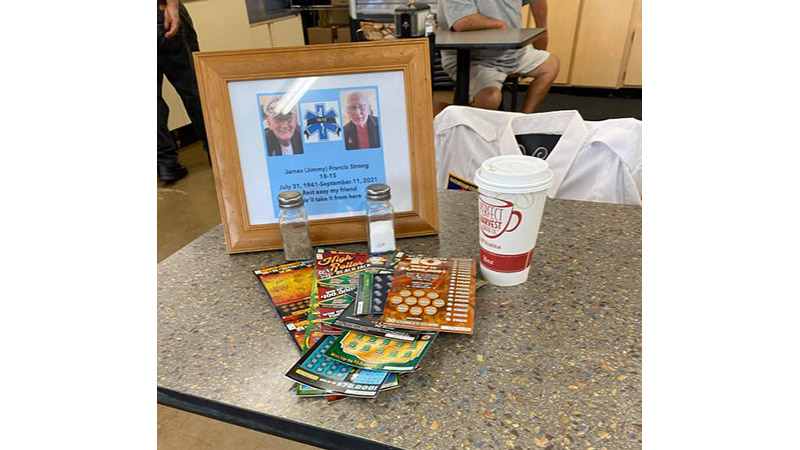 A small tribute to James “Jim” Strong set up at the local Dillwyn Fas Mart where he used to regularly sit and scratch lottery tickets.

Buckingham County residents were saddened this week to hear about the death of resident James “Jim” Francis Strong.

Strong, who passed away Saturday, Sept. 11, at the age of 80 after battling for several years with cancer, was a lifetime member of the Buckingham County Volunteer Rescue Squad (BCVRS) and dedicated much of his life to helping and healing others. 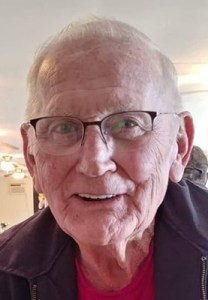 A Vietnam Army veteran, Strong joined the rescue squad in 1990 and served the county for several decades, helping to save the lives of many. While he dedicated the majority of his life to responding to the area’s medical emergencies, his free time was often spent panning for gold, hunting, and fishing. Upon his passing, a tribute was set up at the local Dillwyn Fas Mart where Strong used to regularly sit and scratch lottery tickets.

Friends, family members and former co-workers reflected this week on Strong’s exemplary work in his field.

“He went far above and beyond the service of a typical EMS provider by being a leader of Buckingham County Volunteer Rescue Squad. Within his roles at BCVRS, Mr. Strong piloted many initiatives, including being pivotal in the construction of the department’s central station in Dillwyn. Mr. Strong touched and, undoubtedly, saved many lives. Personally, I am so thankful that I was able to practice EMS alongside Mr. Strong.”

“Jimmy was one of a kind,” co-worker and friend Pat Crafton stated. “Outspoken, gruff, with the heart of a saint. He was a great mentor on the squad and taught me and many others so much.”

“I served with James Strong from 2010-2016 for Buckingham County Rescue Squad,” Branden Allen said. “Mr. Strong was one of the most dedicated squad members I’ve ever had the pleasure of running with. When I got my EMT several years ago, Jimmy took me under his wing and showed me what EMS was all about.”

“I never seen him hold back at anything he tried to do, this included the incredibly brave fight he gave to save his own life all the way to the end,” friend and co-worker Mark Schneider stated. “He was our friend, our partner on the rescue squad and a familiar presence that we will truly miss.”

A celebration of life service will be held at a later date in Buckingham in order to honor Strong’s memory.