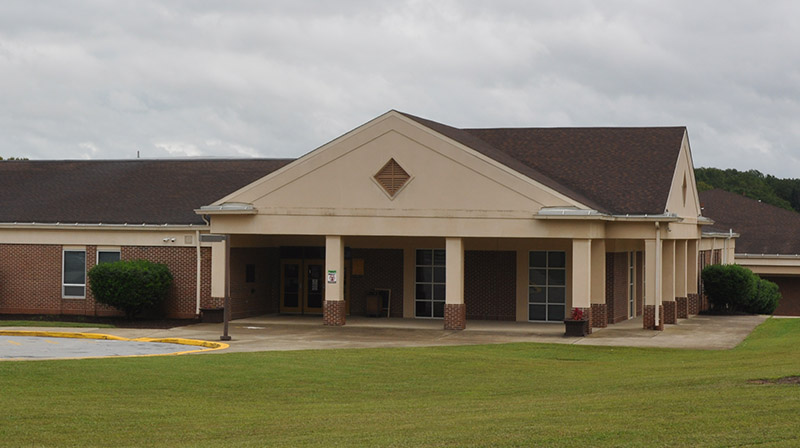 Prince Edward Elementary School, seen above, is one of several buildings in the district that needs extensive repairs.(Photo by Shannon Watkins)

A Capital Improvement Plan (CIP), including an option to renovate or replace the current Prince Edward County Elementary School, was approved Tuesday night by the Planning Commission.

“This is just one step forward,” Director of Planning and Community Development Robert Love said. The CIP will be discussed at the October Prince Edward County Board of Supervisors meeting. The Planning Commission only has the power to approve and recommend the CIP.

A CIP is a documented short-term plan for a locality to use as a guide for purchasing or improving necessities and can change or be adapted as circumstances shift or previous projects are completed. Not all projects from the CIP will necessarily be adopted.

The Prince Edward County Fiscal Year 2022-2024 CIP includes 14 projects. As listed in order, they include:

• Replacement of a courthouse chiller;

• Restoration of the high school track;

• A boiler replacement for the cannery;

• The purchase of a skid steer for public works;

• The purchase of voting machines for the registrar.

(For more information on each project listed click here.)

The elementary school project has drawn the most attention from the public. Various suggestions have included replacing the roof and repairing mold damage to the building or rebuilding it completely.

Several speakers addressed the Planning Commission at its meeting for the Fiscal Year 2022-2024 Capital Improvement Plan.

Former Prince Edward County School Board Member Dr. Chapman Hood Frazier from the Lockett District, who has taught at community college and Longwood University and is the James Madison University professor in residence, said that a good school building would help retain good teachers.

Eric Hodges of Rice, a Longwood University employee, noted he has a 6-year-old daughter in school. “She loves her teacher. She’s having a great time,” he said.

Hodges said he and his wife debated moving closer to Richmond when they arrived two years ago but decided to stay in Farmville because they loved the community.

He also believed the quality of the schools would be a good economic driver for the community and added, “I really believe that improving the facilities at the elementary school will improve the teaching experience and allow the teachers to focus more on kids themselves rather than on some of the health and safety issues.”

Chief of Staff and Vice President of Longwood University, Justin Pope, also spoke regarding the project. “I hope you can send a message to the Board of Supervisors and the leadership in the community that it needs to be a really really high priority,” Pope said.

Pope noted, as did others, that the school was listed second after the animal shelter.

Planning Commission member Robert Jones noted closer to the end of the meeting, “I think number two (the school project) will probably get bumped up.”

Josh Blakely of the Buffalo District gave an impassioned speech about the need to fix problems on school grounds. He said that none of his school memories were of crumbling or leaky buildings, but the current Prince Edward Elementary students “know what it’s like to make do with what they have.”

Love said that he had received three letters about the school that were also in favor of the project.