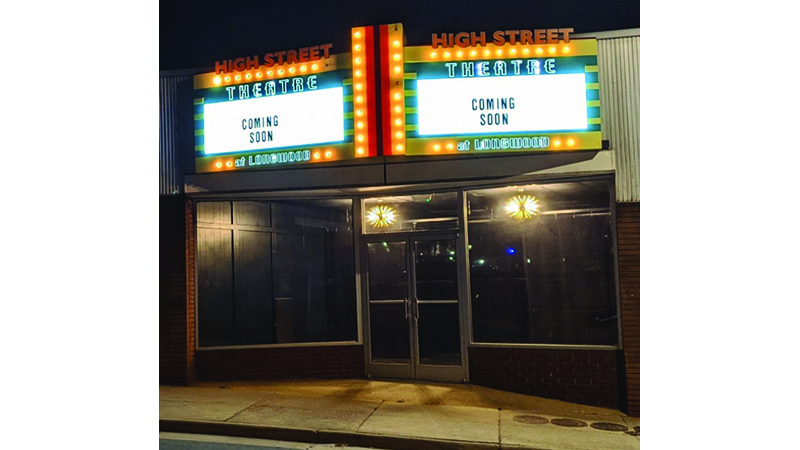 The Longwood Center for the Visual Arts (LCVA) opens the doors of the High Street Theatre with the debut of its new Friday Night Frights series on Oct. 1. Stephen Spielberg’s quintessential creature-from-the-deep thriller “Jaws” will lead off the series. With its instantly recognizable (and dread inducing) music score by John Williams, this groundbreaking, suspense filled shark attack movie kept people out of the water for several summers following its 1975 release.

“The Cabin Film series was very popular with a strong and loyal following, but it was becoming constrained by its location — a cabin in the woods behind Longwood Estate — and the size of the cabin itself,” according to LCVA executive director Rachel Talent Ivers. “The cabin had a capacity of 25, whereas our new High Street Theatre space allows us to host twice that number.”

Friday Night Frights, also curated by McGee, features an increased number of film screenings each season, with something scheduled every Friday evening at 7 p.m. Kid-friendly scares will also be featured once a month at 4 p.m. McGee will continue to offer introductions and facilitated discussion for a select number of screenings throughout the year. LCVA and High Street Theatre staff also plan to have a bit of fun with the theater marquee, teasing movie quotes and word-scrambled titles.

The 50-seat theater was developed in partnership with Longwood University and the Longwood Real Estate Foundation and is intended to serve as a cultural gathering place that offers a variety of programming in addition to film. Theatre programming is guided by an advisory committee chaired by Greg Tsigaridas, who is active with Waterworks Players and Stars under the Stars, as well as the LCVA advisory board.

“I know I speak for the Programming Advisory Committee when I say how excited we are for the grand opening of High Street Theatre,” Tsigaridas said. “The premiere of Friday Night Frights carrying on the spine-chilling traditions of the LCVA Cabin Film Series is just the beginning, and we look forward to the variety of films, readings, classes and more that will serve both our campus and Farmville communities.”

As with all LCVA programs, High Street Theatre films will be presented completely free of charge for everyone. Schedules can be found on the LCVA website and Facebook page. This fall’s screenings include:

The space may also be reserved for private functions when it is not otherwise in use. Facility rental inquiries should be directed to Lorrie Watson @watsonlc@longwood.edu.