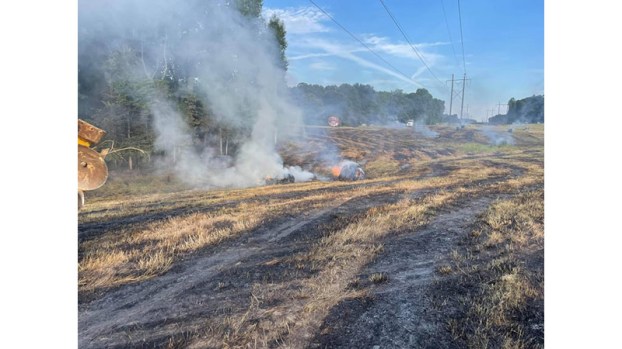 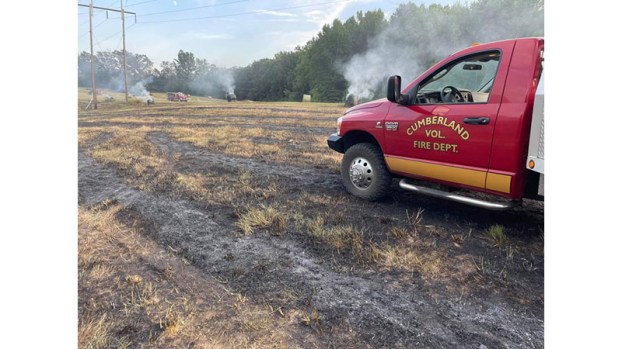 Firefighters arrived on scene to find approximately 20 acres of land on fire, including several bales of hay.

The fire, officials stated, was under control in approximately one hour. Units remained on scene for another three hours to ensure the flames were completely extinguished.

According to the Cumberland Volunteer Fire Department, the fire was reportedly caused by hay which was caught in a hay baler’s power take off (PTO) shaft. No injuries were reported from the incident.