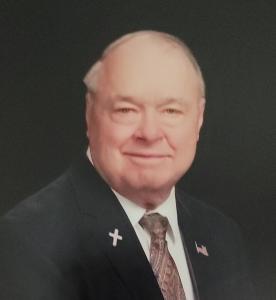 Fred R. Davis Sr. was born on March 2, 1943, on the army base of Ft. Jackson in Columbia, South Carolina, to Major (retired) Robert H. and Mary Katherine Christenbury Davis. He was the eldest son of five; two brothers, two sisters. His father was a career army officer and was stationed to a number of bases during his career. By the time he was a strapping teenager, Fred had lived in 20 different locations, both domestic and foreign.

In the late the 1950’s, Fred’s parents wanted to establish a permanent home and bought a farm in Blackstone, nearby to then Camp Pickett. Fred, along with his siblings, went to school and helped their mother on the farm while his father continued to serve throughout the world.

Fred graduated from Blackstone High School in 1961 and went on to serve in an engineering apprenticeship at Stackpole Components in Farmville, which later became Carbone of North America. It is here that he spent his entire career that spanned 34 years. He retired in 2003 to help take care of his grandson.

In 1962, Fred met Julia Katherine Brown Davis on a blind date to a local dance and five years later, the two were married.

Fred was active in his community and church. He was a member at Crewe Baptist Church as well as Crewe United Methodist Church, where he fulfilled many roles. He served on the building committee, operated the soundboard on Sunday mornings for services, and served as a deacon. Fred was also involved with the Rotary Lions Club and used his talents to help and serve others.

Fred passed away on Aug. 30, two weeks after the passing of his wife.

Fred was a devoted husband and family man. He and Julia would have celebrated their 54th wedding anniversary in November 2021.

Fred was a humble man who never said no to anyone who knocked on his door. He also had a wonderful sense of humor and never turned down the opportunity to hear a good joke. His laughter and love will be missed by all who knew him.

Funeral services will be held 11 a.m., Saturday, Sept. 4, at the Crewe Baptist Church with burial to follow in the Crewe Cemetery. The family will receive friends at the Hamner-McMillian Funeral Home, 1400 S. Main St., Blackstone, Friday, Sept. 3 from 6:30 to 8:30 p.m.

In lieu of flowers donations may be made to Crewe Baptist Church, Crewe United Methodist or Lions Club International.