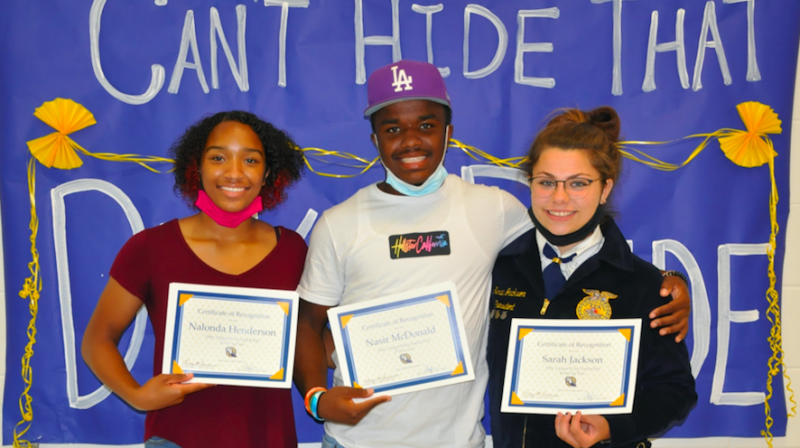 Nalonda Henderson, Nasir McDonald and Sarah Jackson attended the August meeting of the Cumberland School Board and received certificates for their achievements in track and field.

Nalonda Henderson was recognized as the VHSL 1A Region B Female Track Athlete of the Year.

In state championship competition, Henderson placed second in the 100 meters, third in the pole vault and eighth in girls triple jump.

Henderson’s brother, Nasir McDonald, was the VHSL 1A Region B Male Track Athlete of the Year. In state championship competition, he was state champion in the 300 meter hurdles, placed fifth in the 100 meters and placed seventh in the long jump.