From the Ground Up — Boxwood provides the bones of many gardens 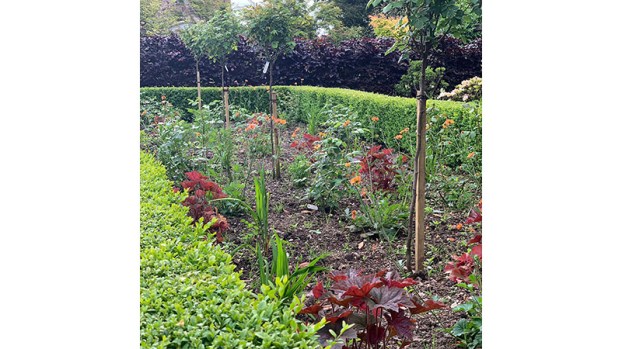 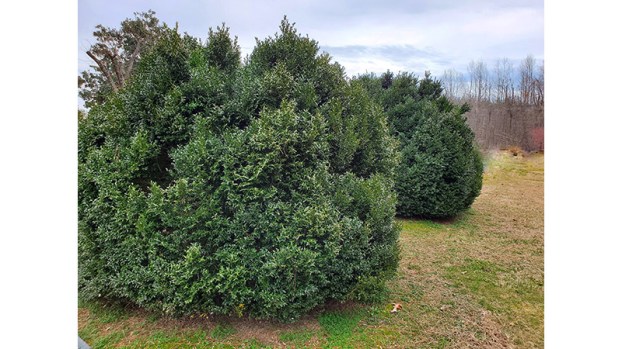 American boxwood can grow to be more than 15 feet tall. (Photo by Dr. Cynthia Wood) 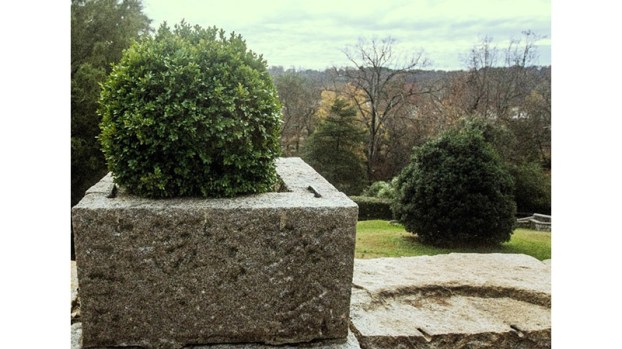 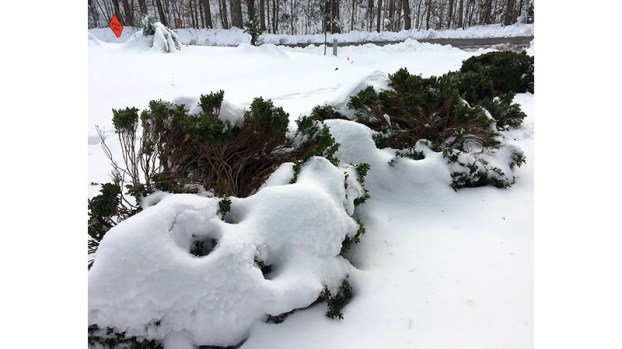 These boxwood will recover nicely from a heavy blanket of snow without any intervention. (Photo by Dr. Cynthia Wood) 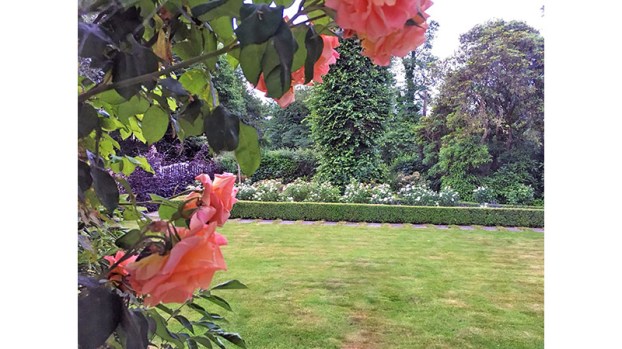 A low clipped hedge of boxwood can be used to delineate a walkway through a rose garden. (Photo by Dr. Cynthia Wood)

Virginians have always loved boxwood. They’ve traditionally rooted sprigs and given them to newlyweds setting up housekeeping in a new location. No home was complete unless it had boxwood from the old home place. Virginians have planted boxwood in family cemeteries, used them as foundation plantings, bordered kitchen gardens with them, and generally bragged about the age and size of their prized plants.

When landscape architect Charles Gillette began working in the Richmond area, he used boxwood to form the “bones” of his gardens which were uniquely suited to the colonial revival architecture so popular in Virginia. Virginia House and Agecroft Hall in Richmond, and even some gardens in Farmville, were designed by Gillette. They all feature boxwood as borders, hedges and accents.

Boxwood has been around for more than 6,000 years. There are roughly 97 species and 700 cultivars. They’re tough plants that can withstand a good bit of abuse. Nevertheless, they are subject to a number of fungal diseases and pests that can decimate them – phytophthora, macrophoma or leaf spot, volutella, nematodes, boxwood decline and the latest scourge, box blight, which can kill a plant in 72 hours.

Yes, many of these problems require the use of fungicides and insecticides, but there are many commonsense practices that gardeners can employ to maintain healthy plants. Boxwood is brittle, and the stems freeze quickly, so resist the urge to sweep snow and ice off plants. Left alone, they will recover on their own. Don’t plant ground covers, such as English ivy and pachysandra, under boxwood. Pachysandra is attacked by box blight, and English ivy will climb inside the boxwood and cut off air circulation. Spread half an inch of a good mulch under boxwood and trim up boxwood a bit so that they’re slightly off the ground; mulching has been shown to reduce incidences of box blight by more than 90 percent. Trimming and mulching seem to help prevent pathogens from splashing up from the ground onto leaves.

Regular thinning is very important because it allows air and light to reach the interior of the boxwood. To avoid the spread of pathogens, thinning should only be done when the plants aren’t wet and at specific times of the year, preferably December through mid-March. Thinning after new growth starts will stress the boxwood and make it look unsightly. Thinning can be done by hand or with clippers. If using clippers, they should be sprayed with rubbing alcohol before moving from one plant to another. Horns or spikes, branches that have grown faster than the rest of the plant, can be removed in the same way and at any time.

Sometimes older boxwood need to be rejuvenated. The best approach is to remove only about a third of It. In fact, many horticulturalists recommend only removing a third of one side of the plant at a time. The process should take several years. This slow approach is being used at Montpelier to rejuvenate an allee of tall boxwood that had grown over a path and become scraggly.

Boxwood don’t generally require a lot of fertilizer. A soil pH of 6.5 to 7.0 should be maintained, and, if necessary, a fertilizer, such as composted manure, can be applied on top of mulch in late fall or early spring when root growth is most active.

It’s true that boxwood are susceptible to a number of serious problems, but they’re part of our horticultural heritage, help provide structure in gardens and are essentially deer proof. They’re also essential for traditional holiday decorations. Some of us even like their unique fragrance.