Cumberland, Buckingham ranked among worst in state, nation for commuting 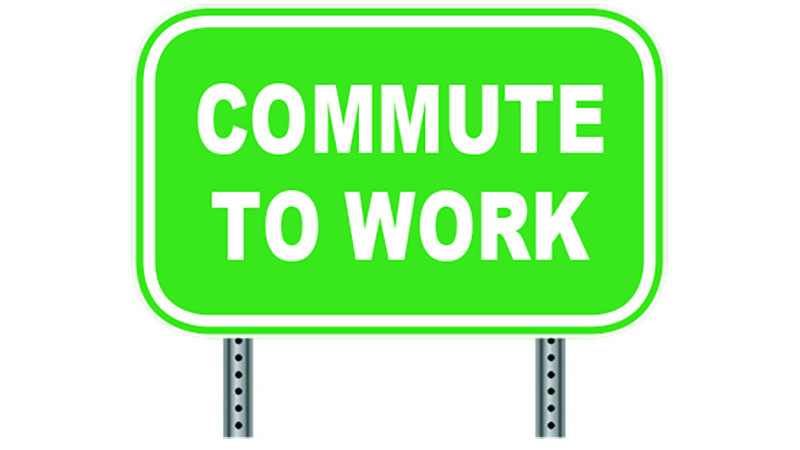 Cumberland County recently found itself ranked as the worst county in Virginia for commuting, with Buckingham County not far behind.

A June 29 article written by data journalism site Stacker ranked the top 30 counties with the worst commutes in the commonwealth using data obtained in 2019 from the U.S. Census Bureau.

The number one spot on the list was awarded to Cumberland County, whose residents, according to census data, have an average commute time of almost 45 minutes.

The article also states Cumberland has the sixth longest commute among all counties nationwide. Residents’ trips to work are, on average, 56.1% longer than the rest of the state and 62.3% longer than the national average. A total of 12% of workers have a commute longer than 90 minutes, 17.4% of residents leave for work between 12 a.m. and 6 a.m. and 74.1% worked outside the county.

According to Stacker, 78.7% of Cumberland residents drive alone to work, while 12.7% carpool and 6.5% work from home.

Buckingham County also made an appearance on the list at No. 20 in terms of worst commute times.

Buckingham residents commute an average of 36.3 minutes to get to work (that’s the 71st longest commute among all counties nationwide.) In addition, Buckingham commuters take 26.5% longer to travel to work than the state average and 31.5% longer than the national average.

According to Stacker, 5.1% of workers in Buckingham have a commute of more than 90 minutes and 21.6% leave for work between 12 a.m. and 6 a.m. In addition, 60.9% of Buckingham residents work outside of the county.

For means of transportation, 82% of Buckingham workers drive alone to work, while 7.9% carpool and 5.2% work from home.

Adrian Tillett, a Cumberland County resident, said it takes him two hours to drive to Surrey County where he works in the logging industry. It’s a whopping four-hour round trip that means getting up at 5:30 a.m. and not getting back home until 7:30 p.m.

In Buckingham County, resident Kara Cameron said her father, Sam Cameron, travels 160 miles round trip working as the manager of a mail room for an insurance company in the Richmond area.

Faith Williams, also from Buckingham, works in the commercial construction industry and commutes an hour each way to the Richmond area five days per week.

Residents said the long commute times they face impact their lives in many ways, from waking up early to spending exorbitant amounts of money on gas to get to and from work. Others noted more time spent on the road means less time spent at home with those they love.

“The biggest impact is, I don’t have time for family and stuff during the week,” Tillett said.

Many citizens pointed to a lack of industry in Cumberland and Buckingham counties as the reason behind their decision to seek employment far away from home.

Williams, who put 36,000 miles on her car in her first year of commuting out of Buckingham, said a lack of future investment and employment opportunities could draw potential employees out of the area.

“We’re going to be forced to work outside of our county, which is hurting Buckingham and Cumberland’s revenue, and then personal property taxes and real estate taxes have to go up, and people are going to leave,” Williams said. “Right now, it kind of seems like an uphill battle.”

Jamie Maxey, who works in the dental industry and commutes roughly two hours round-trip from Buckingham to the Charlottesville area each day, said her home county has no job opportunities in her field of work, leading her to look for employment elsewhere.

“There’s absolutely nothing out in Buckingham to suffice income,” Maxey said.

Clinton Toney, of Buckingham, commutes just eight minutes to get to work at the VDOT Dillwyn area headquarters. When he previously worked at UVA, he spent two years driving an hour to work.

“The biggest reason I accepted employment with VDOT was for the short commute,” Toney said. “I think the reason people in Buckingham face such long commutes is, with the exception of a few, there is a lack of jobs that offer benefits and retirement within the county.”

Cumberland County resident Sara Justice said it takes her 65 minutes depending on traffic to commute to work each day. Her husband’s one-way trip to work takes 15 minutes longer.

“We miss the extra time we could save if we didn’t have to commute, but we have both been in our jobs for a long time, and there isn’t much around that would be comparable,” she said.

In addition to residents having difficulty locating work inside their locality, Cumberland and Buckingham also struggle to bring in commuters from elsewhere to offset the workforce lost to outside counties.

According to community profiles organized by the Virginia Employment Commission using 2014 data from the U.S. Census Bureau, 3,719 Cumberland residents are considered “out-commuters” who travel outside of the county to work while only 755 Virginia residents commute into Cumberland to work. Buckingham County has an out-commuter number of 5,614 and an in-commuter number of 1,742.

In comparison, Prince Edward County has a balanced ratio of 5,593 out-commuters and 5,496 in-commuters.

While many residents expressed discontent with their morning and evening commutes, several stated they would not be willing to relocate closer to their employer in order to reduce commute times.

Cartersville citizen Wanda Rose drives an hour and 10 minutes to work each day to get to her job at Costco in Charlottesville. While it’s a long drive, Rose, who is retirement age and plans on switching to part-time hours, said she’d never consider moving closer due to her love of her community.

“I love Cartersville and never plan to leave,” she said. “ I’ve lived in the city, and it’s not for me.”

Buckingham resident Hannah Gilbert spends a total of 140 minutes of her day traveling to and from her job at St. Francis Hospital in Midlothian. She said she, too, commutes out of difficulty finding well-paying jobs in her line of work nearby.

“I have thought about relocating closer to work, but I am currently pregnant with twins and a single mother. They obviously come first, and I just don’t have the time nor the money to do so right now.”

A common theme among Buckingham and Cumberland workers was the belief that increased broadband/ internet access could dramatically reduce commute times in each county by helping to offer work from home capabilities to more citizens.

Hugh Pleasants of Buckingham used to drive a total of two hours and 22 minutes round trip to get to and from his job in the financial tech industry in Charlottesville. For the past year, Pleasants has worked from home due to the COVID-19 pandemic. His company just announced a few weeks ago that workers could return to in-person working if they prefer.

“My company found that productivity has actually increased for remote workers during the pandemic,” Pleasants said.

Williams said she believes companies that can offer remote work to their employees should make every effort to do so. “It would help a lot of people,” she said.

Buckingham resident Jeff Edge has been living in the county and working from home for four and a half years. Edge said when his company began to offer employees the ability to work remotely, he opted to move to Buckingham in search of a more rural setting.

Buckingham County Administrator Karl Carter said there are likely several additional reasons why so many residents commute to work, including the county’s central location making it easy to travel to cities like Charlottesville, Richmond and Lynchburg in roughly an hour depending on the part of the county one lives in.

“The second reason is a lower real estate tax rate in Buckingham,” Carter added. “Residents may feel comfortable sacrificing a longer commute to an urban area and then coming back here to enjoy the rural life and purchase more housing/real estate with the same amount of investment.”

Several Buckingham citizens did note they found the area to be much more affordable of a place to live, even with commuting costs taken into consideration. Maxey noted her mortgage costs the same as a two-bedroom apartment in Charlottesville.

After the widespread remote working seen during the height of the COVID-19 pandemic, it is likely more residents in Buckingham and Cumberland County now work from home.

Carter added as things open back up to the public, officials hope Buckingham citizens will take advantage of public transportation services the county offers such as the Jaunt and Black Stone Area Bus System.

“These two services have very affordable rates that can help with commuters that need to get to Charlottesville or Farmville.”

Sweet treats for a cause