Trey Livingston has been hired as an assistant basketball coach at Hampden-Sydney College. 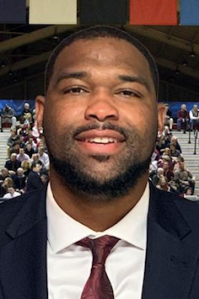 Livingston served as the head assistant coach for the post grad team at Advance Prep Academy in Auburndale, Florida this past season.

“We are thrilled that Trey will be joining the Tiger basketball family,” Hampden-Sydney Head Coach Caleb Kimbrough said. “Trey is a natural leader, the ultimate competitor, and is an excellent relationship builder. Trey brings an enthusiasm towards coaching that is contagious to those around him and will certainly add to our basketball culture.”

Livingston served as an assistant coach at the United States Basketball Academy in Eugene, Oregon during 2019-20. The academy included the best youth athletes from China, with a primary goal of placement on high school and collegiate teams in the United States. He taught fundamental concepts of basketball, emphasizing player and skill development through shooting, footwork and other drills, and assessed performance increase through skills and strength and conditioning tests.

Livingston is also the founder of ‘I Got Next’ Basketball Development and Training, designed for athletes to identify their weaknesses and attack them through intense, high-level and fundamental training and development, but most importantly for athletes to develop an understanding of how the training translates into actual gameplay. He worked at the Boys and Girls Club of North Central Florida in Perry, Florida during the summer of 2019, as well.

Livingston was a four-year team member and three-year team captain at Huntingdon College in Montgomery, Alabama, including the final three seasons under Kimbrough, then the head coach at Huntingdon. He helped the Hawks to a record of 13-13 overall as a senior during 2018-19, including 10-8 in the USA South, for the program’s best record in 10 years and earning the program’s first post-season appearance since 2014.

A native of Greenville, Florida, Livingston graduated from Huntingdon in 2019 with a Bachelor of Arts degree in sports management. He completed an internship in game day operations at Huntingdon during the winter and spring of 2019.